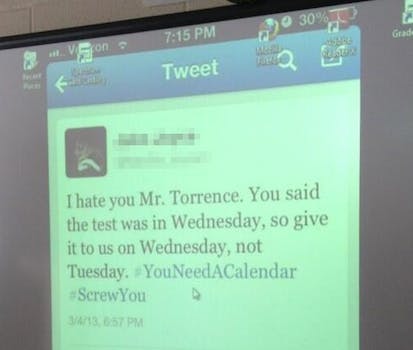 Teacher shames student by projecting his tweets in class

If you're going to tweet an angry rant about your teacher, get your facts straight first.

If stealthily slamming your teachers was a class, one kid certainly would have gotten an F.

The student complained on Twitter that his teacher Mr. Torrence scheduled a test for Wednesday, only to hold the test Tuesday instead. He condemned Torrence, ranting about his hatred for the educator and vitriolically demanding the teacher obtain a calendar.

The student, however, made two key mistakes. One, the test was on Tuesday all along. And two, he posted his rant on Twitter, where Torrence spotted it and decided to take action. 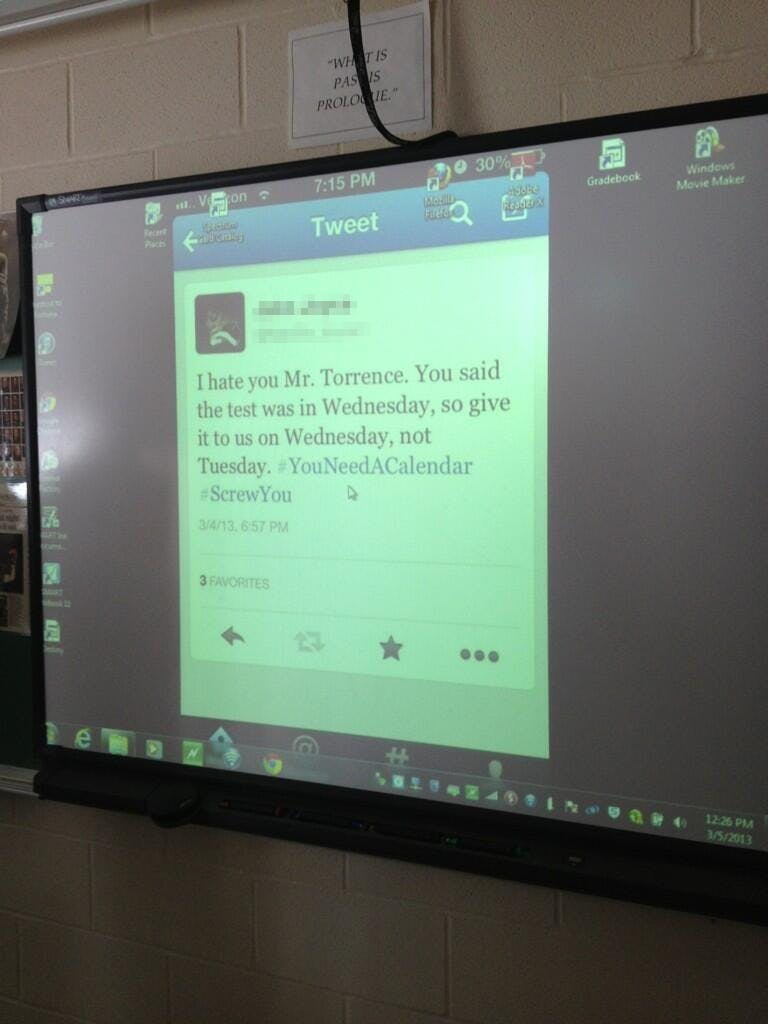 Projecting a tweet is a little more modern than reading out a secret note between students to the rest of the class.

The resulting photo hit Reddit’s r/funny section. The poster explained that the angry student actually got his days mixed up, and that the test was on Tuesday all along. Torrence apparently saw the tweet after another student ratted the perp out.

The redditor who shared the photo claimed Torrence is a nice guy and uses comedy when teaching. At least this once, his student got schooled.