She is beauty, she is grace, she is a bouquet of tacos.

Taco Bell‘s biggest fan made an amazing Mexican-food-themed dress that everyone should taco ’bout.

Meet Olivia Mears, the genius costume maker behind this beautiful “Taco Belle” dress. She turned herself into true crunchy royalty with a gown that’s getting tons of love on Reddit and Imgur.

According to Mears, the tacos are hand-painted card stock, tissue paper, and felt. As for the flowers that line her bust? They’re Taco Bell wrappers. Unused, of course. No way she would get sour cream and Fire sauce all over the rest of the garment. 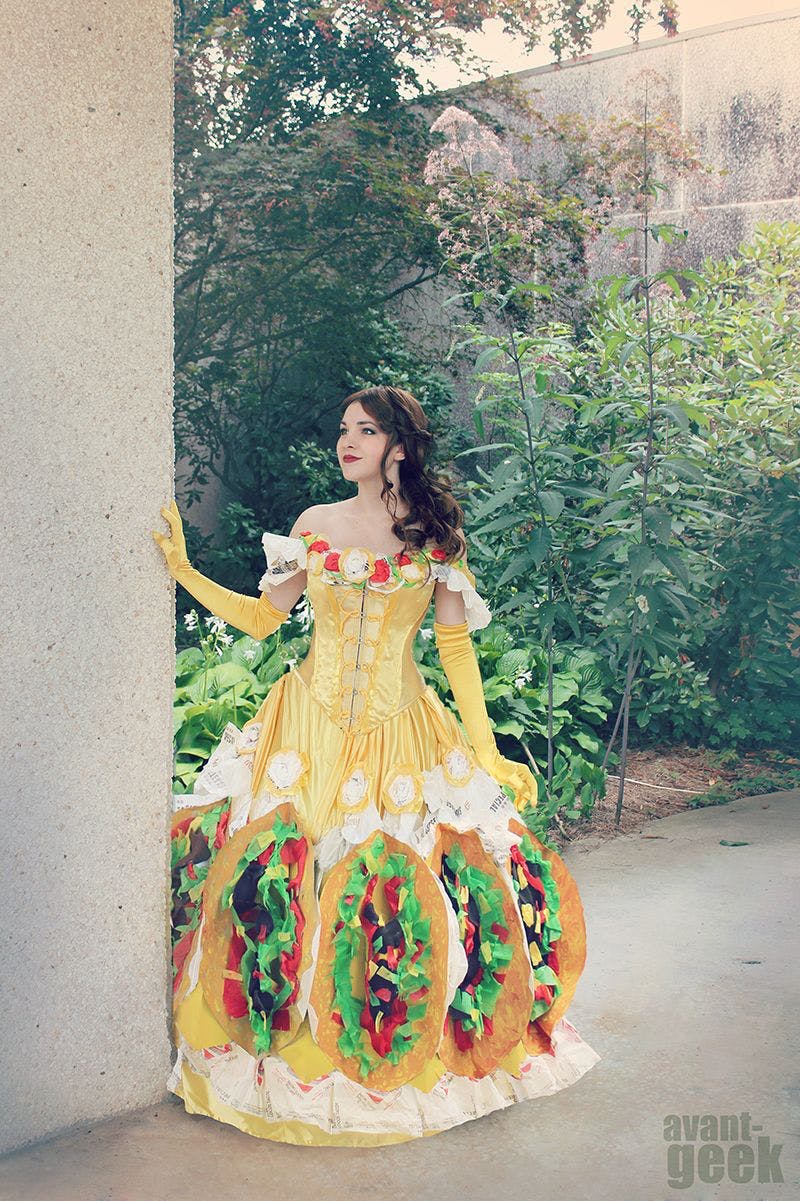 People have come flooding in with their own jokes on the Reddit thread, referencing everything from “Beauty and the Feast” to “Pita Pan.”

Mears went viral a few years ago when she accidentally became Taco Belle by visiting a Taco Bell dressed up as Disney’s Belle. 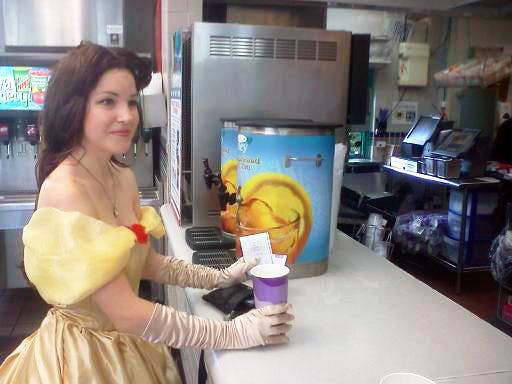 Earlier this year, she was featured in a Taco Bell commercial for the Sriracha Quesarito wearing yet another dazzling dress. You can catch her twirling at the 0:03 mark.

She’s the best princess in our books.