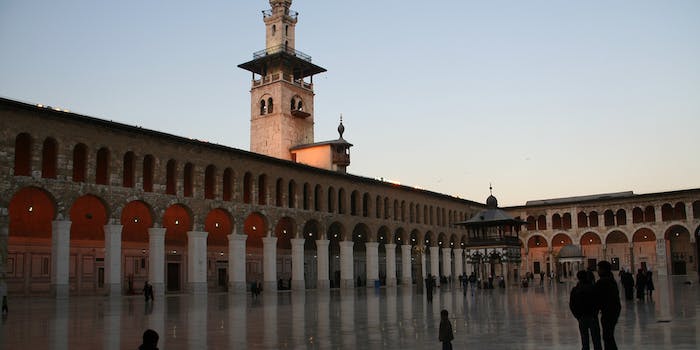 Syria drops off the Internet… again

In a reccuring pattern, 95 percent of the country goes dark for nearly 7

Syria experience a nationwide Internet outage Thursday, a recurring issue in the war-torn country which is strongly suspected to be the work of the embattled government.

The blackout started around 8:30 am ET, according to Google and a number of other Internet monitoring firms that track global usage. On various charts, the sudden drop off in Web activity is unmistakable.

Internet in Syria almost entirely down at 12:26 UTC. Only Aleppo link to Turkey remains connected. pic.twitter.com/o6flIEbkVy

All the impacted networks connect to the global Internet through the Syrian Telecommunications Establishment, a government controlled Internet provider. This is consistent with a deliberate outage, something the Syrian government is strongly suspected of doing in the recent history.

As the Daily Dot has written about in the past, there is a well-documented pattern of Internet blackouts in Syria, ever since rebels first took up arms back in 2011 to try and oust President Bashar al-Assad. Often, the government tries to blame these outages on innocuous technical issues. But foreign observers are skeptical of these claims, given that the timing and location of blackouts often coincide with military operations and attacks.

That was the case last August when the city of Aleppo, where some of the most intense fighting has occurred, dropped of the net. And this isn’t even the first time the whole country has experience a blackout. In May 2013 the entire country also lost Internet access.

After nearly seven hours, Internet access appears to be returning, according to Google.