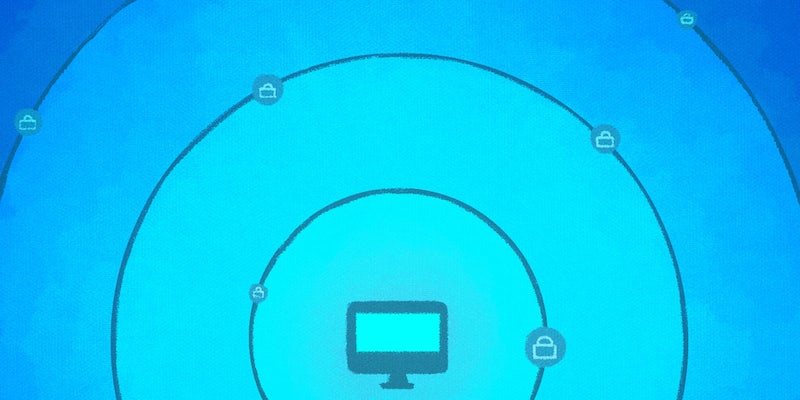 By canceling both its Gamergate panels, the festival missed the point.

This week, South by Southwest, an annual film, music, and interactive media festival, canceled two of its scheduled panels: one about harassment in gaming and another about “the gaming community,” organized by Gamergate supporters.

The online backlash was swift:

I talked to @CNNMoney about @SXSW. "Whether it meant to or not, SXSW took a stance on online harassment: Apathy."https://t.co/HemUo8ytoK

Dealing with ongoing controversies while planning events is never easy, but the festival organizers’ handling of this situation so far suggests, at best, serious ignorance of the reality of online harassment and, at worst, gross negligence on part of SXSW.

Here are the three biggest mistakes the festival made and what future organizers—and everyone else—can learn from them:

1) Failing to take a stand against online abuse

Their first mistake was failing to notice and react to the harassment that the panelists on the “anti-Gamergate” panel were receiving. (Although the purpose of the panel was to discuss harassment, not to “oppose” Gamergate, that’s how it’s being described online, presumably because everyone understands that Gamergate is a pro-harassment movement.)

As Arthur Chu points out in his detailed breakdown of this story, the organizers were aware of the dozens of harassing comments being posted on the page where the panel was being voted on. Although SXSW eventually shut down the comments, it never deleted any. Instead, organizers responded in an email:

Right now, what we see in the comments section is an open dialogue/debate between two different opinions. Until one of those comments turns into an outright threat of violence, we will leave them up.

Unsurprisingly, Gamergate’s response did end up escalating to threats of violence. And while we can’t ever know for sure if that could’ve been prevented by a more assertive response by SXSW, it’s entirely possible that the trolls would’ve given up and moved on to more interesting targets if the festival organizers had deleted all inappropriate comments and made a clear statement in support of its panelists without inviting further “dialogue/debate” on the matter.

The fact that people should be able to use the Internet and participate in panels without being subjected to slurs and harassment shouldn’t be up for debate.

In addition, South by Southwest scheduled a pro-Gamergate panel to complement the panel about online harassment. You might argue that SXSW wasn’t aware that the panel had anything to do with Gamergate; after all, it was somewhat ambiguously titled “SavePoint: A Discussion on the Gaming Community.” However, Arthur Chu points out that he and another panelist, Caroline Sinders, warned the SXSW organizers about the Gamergate panel proposal, and all of their organizing for the proposal was done in public on Reddit.

Chu and Sinders were reassured that the panel proposal was submitted after the deadline and likely wouldn’t be approved anyway, but it was.

Note: I emailed @sxsw abt the GG panel submission while it was happening & they responded. They knew. Don't buy any story they didn't

What’s wrong with hosting both a pro- and anti-Gamergate panel? Shouldn’t both sides get their say? If the issue in question were which Republican presidential candidate has the best hair or how to save Yahoo, strongly opposing views would be completely acceptable. But whether or not it’s OK to send death threats to people you don’t like or call a SWAT team to break down their door shouldn’t be up for debate.

Gamergate folks dodge this criticism by insisting that they don’t support death threats or false SWAT calls and only want to talk about “ethics in video game journalism” and how feminists are taking over and destroying video games. However, as numerous bloggers and journalists have demonstrated over the past year, that’s only what they say. What they actually do has consistently been focused on punishing women and their supporters for having progressive opinions and for existing online.

3) Canceling the panels for the wrong reasons

Lastly, the way SXSW canceled both of these panels is cause for concern. I won’t say that canceling them was itself a mistake, because it’s quite possible that the festival received such credible threats of violence that it felt it would no longer be safe to keep these panels in the festival.

Unfortunately, it wouldn’t be the first time this has happened: A talk Anita Sarkeesian was scheduled to give at Utah State in 2014 was canceled after threats from Gamergate supporters. Sometimes, you have to do what’s necessary to keep event attendees safe, even if that means shutting down what could’ve been an important discussion.

But if that was SXSW’s reasoning, its cancellation announcement itself could’ve been a valuable contribution to that discussion. Organizers could’ve expressed their regret that they couldn’t find a safe way to host this conversation and highlighted the fact that these threats are a perfect example of how online harassment silences and terrifies.

SXSW prides itself on being a big tent and a marketplace of diverse people and diverse ideas.

However, preserving the sanctity of the big tent at SXSW Interactive necessitates that we keep the dialogue civil and respectful. If people cannot agree, disagree and embrace new ways of thinking in a safe and secure place that is free of online and offline harassment, then this marketplace of ideas is inevitably compromised.

The wording of this statement implies that the problem isn’t a lack of safety but a lack of comfort. It makes it sound like the SXSW organizers took a look at those Twitter threats and decided that there was nothing of value to discuss here and no people who could discuss it productively.

And I get that. But the language here conflates too many things. Who is being uncivil and disrespectful? The panelists? The attendees? Random people on Twitter? If it’s mostly the latter, canceling the panels makes no sense. There can still be a civil and respectful dialogue on the panel no matter what people who aren’t even there are tweeting.

That said, “free of harassment” isn’t the same thing as “civil,” and discussions about contentious and painful issues cannot always be civil and respectful. It is difficult to persist in being civil and respectful in response to people who send you graphic rape threats and people who dismiss those graphic rape threats as “dialogue/debate.” So if the SXSW organizers feel that the anti-Gamergate panelists aren’t being respectful enough, either, maybe they should ask the tough questions about why that might be.

Maybe it’s because he didn’t really believe—not at first, at least—that the threats from Gamergaters were legitimate or worthy of attention. Panelist Caroline Sinders repeatedly emailed SXSW about safety concerns before the panels were canceled. In response, festival coordinator Andrew McNeill said:

We appreciate your thoughts and always welcome feedback from our community. That said, SXSW is a big tent and we strongly believe in showcasing a very diverse range of ideas and opinions, even if we as a staff don’t always agree with them. If everyone shared the same viewpoint, that would make for a pretty boring event.

Again, the SXSW organizers are conflating harassment and threats with “a very diverse range of ideas and opinions.” And, interestingly, the organizers had a very different response to the pro-Gamergate panelists. Caitlin Dewey reports in the Washington Post that “SXSW organizers told Jones—of the pro-Gamergate ‘Save Point’ panel—that they had event security and could offer ‘additional security measures’ if they were ‘deemed necessary.’”

Where were the “additional security measures” for the panelists who have repeatedly been targeted by violent threats from Gamergate supporters?

Fortunately, the criticism SXSW has received online may have made a difference. In an update, Forrest clarified that the organizers are “working with local law enforcement to assess the various threats received regarding these sessions.” This brings the focus more on safety and less on “civility.” There are also rumors that the festival is planning to host an all-day event focusing on online harassment, though nothing’s official yet.

If the SXSW organizers learn anything from this, I hope the lesson is twofold: 1) that there aren’t always “two sides” to everything and 2) that combating harassment requires proactivity.

The organizers messed up when they put a pro-Gamergate panel on the schedule, even though it had been organized specifically as a counterpoint to a panel making the apparently controversial claim that online harassment is bad and hurts people (especially women). They messed up again when they ignored the warnings of people like Arthur Chu, Brianna Wu, and Caroline Sinders, who have experienced Gamergate harassment first-hand and know the warning signs when they see them.

There are still a lot of unanswered questions to this story. Why did the SXSW organizers ignore their panelists’ warnings? After watching Gamergate tear the Internet apart for over a year, why didn’t they take proactive steps to ensure security at the festival? Why haven’t they addressed the real problem?

Let’s hope the rumored all-day event SXSW is planning to replace the panels—if it happens—will answer some of these questions. But for now, I share the skepticism of Arthur Chu, Leigh Alexander, and other veterans of this ongoing online war. As a prominent and respected voice in online media, SXSW should reflect a better understanding of the dynamics of online harassment. If the organizers hadn’t allowed Gamergate to effectively silence their panelists, they could’ve learned a lot from them.