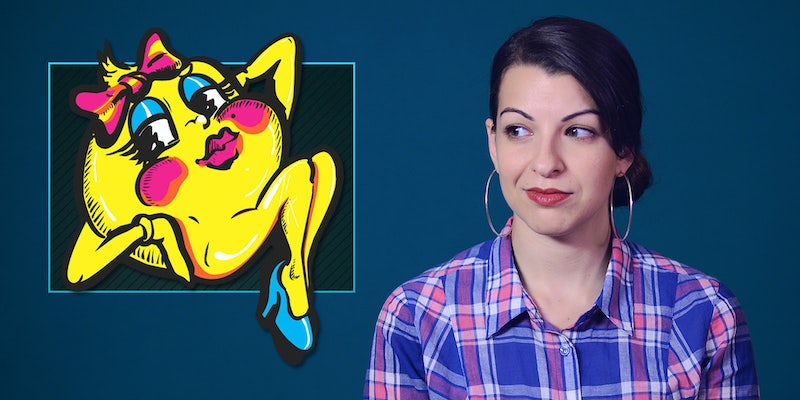 Utah police declined to search bags for weapons due to the state's open-carry laws.

Just days after Anita Sarkeesian, who’s become the poster child for violent attacks on women in the gaming community, spoke about her experiences at Geek Girl Con, she has had to cancel an upcoming speech at Utah State University over a GamerGate-related threat to cause ““the deadliest school shooting in American history” if she went through with her appearance.

Though authorities had initially decided to allow Sarkeesian’s appearance to continue, Sarkeesian withdrew after campus police refused to search bags for weapons because of the state’s open-carry laws.

The threats included a detailed letter emailed to several school staff members. The email stated that the writer was armed with a semiautomatic rifle and other weapons including pipe bombs.

“A number of personnel at Utah State University received an email regarding the scheduled presentation by Anita Sarkeesian tomorrow, October 15, 2014, at USU’s Taggart Student Center,” reads an announcement on the school’s website. “The email contained threats to Sarkeesian and those who attend her presentation.”

Dec. 6 is the 25th anniversary of a shooting known as the Montreal Massacre, in which a male shooter murdered 14 women and wounded 10 women and four men at the University of Montreal. The shooter in that incident, Marc Lepine, left a suicide note blaming feminism for ruining his life. The writer of the threat against Sarkeesian likewise referenced the Montreal Massacre, promising a “Montreal Massacre–style attack,” and stating that feminism had also ruined his life:

Feminists have ruined my life and I will have my revenge, for my sake and the sake of all the others they’ve wronged… I have at my disposal a semi-automatic rifle, multiple pistols, and a collection of pipe bombs…[I am ] giving (USU) a chance to stop it….

[Sarkeesian] is going to die screaming like the craven little whore that she is if you let her come to USU… I will write my manifesto in her spilled blood, and you will all bear witness to what feminist lies and poison have done to the men of America.

Utah’s Open Carry laws are among the most permissive in the U.S., allowing citizens to open carry both handguns and long guns with or without a license. Concealed carry of loaded handguns with a permit is also legal. Utah also has no waiting period for a gun purchase. From the latest update on the school’s site:

Anita Sarkeesian has canceled her scheduled speech for tomorrow following a discussion with Utah State University police regarding an email threat that was sent to Utah State University. During the discussion, Sarkeesian asked if weapons will be permitted at the speaking venue. Sarkeesian was informed that, in accordance with the State of Utah law regarding the carrying of firearms, if a person has a valid concealed firearm permit and is carrying a weapon, they are permitted to have it at the venue.

Threats are unfortunately a grim reality of Sarkeesian’s work at this point. Since launching her 2012 Kickstarter to fund her pop culture video series critiquing the portrayal of women in video games, she has been beset with rape, harassment, and death threats, some of which have necessitated her leaving her home. In March, a prominent gaming awards ceremony received a bomb threat if it went through with plans to award Sarkeesian for her work in the industry. After a secure sweep of the location, no bomb was found and Sarkeesian received the award as planned.

But GamerGate, the backlash against perceived corruption in gaming journalism that started in August as a criticism of game developer Zoe Quinn (and also led to her leaving her home because of death threats), has branched out into an ongoing harassment campaign that seems to take aim at any woman in its path. Spearheaded by angry gamers in communities at 4chan, 8chan, and Reddit, GamerGate drove yet another game developer, Brianna Wu, offline and into hiding this week due to threats on her life. And it has only worsened the harassment directed at Sarkeesian.

Multiple specific threats made stating intent to kill me & feminists at USU. For the record one threat did claim affiliation with #gamergate

At this point supporting #gamergate is implicitly supporting the harassment of women in the gaming industry.

The backlash against GamerGate and in support of Sarkeesian has been swift and loud: #StopGamerGate2014 was trending worldwide on Twitter as of early Wednesday morning.

#StopGamerGate2014 because I’m scared that if it’s left unchecked, women involved in video games are literally going to lose their lives.

Wu and Sarkeesian both have reiterated that they aren’t quitting their work and aren’t letting the GamerGate harassment campaign get to them. But Wu and Quinn have still not returned to their homes. Earlier Wu described GamerGate as a “war on women.”

I really hope this is not the new normal for my life. pic.twitter.com/bZFV8Pl7Gc

#StopGamerGate2014 so I can go home

But if Sarkeesian’s plight against her harassers can’t even instigate a bag search, it seems unlikely that the victims of GamerGate will attract vocal support from an industry unwilling to alienate the men who are attacking them—and even less likely that this two-month-long onslaught against women in the industry will die down any time soon.

Disclosure: This reporter was a monthly donor to Sarkeesian’s Feminist Frequency website between 2011 and 2013.