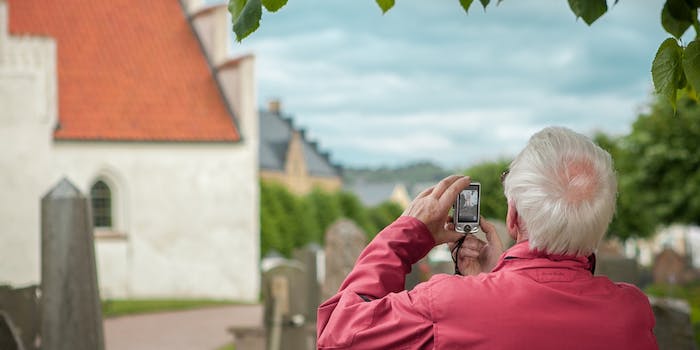 Angry Swedish man has some reasonable suggestions for destroying the Internet

With all the daily angst and furor that can be blamed on the Internet, it’s amazing no one has contrived a solution as elegantly simple as Bo Bergman’s. What does the 73-year-old Swede from the tiny hamlet of Simlångsdalen think we ought to do about the Web? Pull the plug.

Unlike most of the aging technophobes who might suggest that sweeping course of action, Bergman was given a soapbox from which to rant. The newspaper Hallandsposten ran his incendiary editorial on the sorry generation of youths unable to pull themselves away from their screens and unaware that things used to be far less complicated. Thank god they did, because especially in Google-assisted translation, “Close down the Internet” sets a new bar for old-man-yells-at-cloud sputtering—the guy even finds a way to complain about digital clocks, somehow:

I mean precisely that, by and large, have now become slaves of machines. When Jesus never came, saw computer technology and the Internet as a savior. Look around, everywhere people standing and staring at a computer screen! Take any workplace, doctor, bookseller, go in every single place, use your eyes and your brain, and think! Outrageously!

This “computer prostitution” many are forced to, in order to have food on the tables. Unequivocally, it takes several times longer today to perform an errand, than 20 years ago. Everywhere, everywhere, codes and other things should be kept in the head, to write them down, then they may be stolen and exploited. And is made.

Are there any who can deny it unbearably lengthy procedures surrounding everything from a cup of coffee, a great deal? And if the power goes out, it stops everything! Everything! Pharmacy, medical center, hospital, train, plane, everything stops, and even business doors!

The Internet has become the criminals and the self Sick great forum! All that evil is rampant as weeds, and everything just spreads.

My suggestion: Shut down the internet! You can not have gone too far, says surely you. Non!Return the Internet to the Military Department, if at all, before everything collapses. Scrap maybe there too.

Human beings are designed for analog technology = hands that move towards a meter. It’s all come from the discovery of the sundial. So we measured the first time sooner. Our genes are “analog”. If someone says that the clock is for example 13:47, what does that say? Nothing, hard to understand. But looking at an analog clock, and you understand immediately!

What do you others who have “stuck in the trap”?

Yes, I don’t know how I’ve retained my sanity, stuck in this “trap” where conveniences like electricity are widely available and people have the audacity to carry phones in bookshops. Something tells me we’ll never achieve the utopia Bergman desires, or imagines we once had, but the good news is he can always strike up a snail mail correspondence with the Unabomber.