When half-naked dancing is the best defense.

Somewhere over the rainbow in Sweden, a peace group is employing the help of a dancing gay neon sailor to ward off Russian submarines—and all the gyrating seems to be quite effective at keeping the homophobes out of their queer-friendly waters.

Following reports that Russian subs have been infiltrating Swedish territory this past year, the Swedish Peace and Arbitration Society lowered into the water off the Stockholm Archipelago the most creative “Keep Out” sign imaginable. A flamboyant sign featuring the silhouette of a scantily-clad sailor swinging his hips back and forth.

In both Russian and English, the sign reads: “Welcome to Sweden. Gay since 1944.” (As if the half-naked seaman wasn’t enough!) The year refers to when Sweden legalized homosexuality, eons before the current LGBT struggle yet unfolding in other nations. 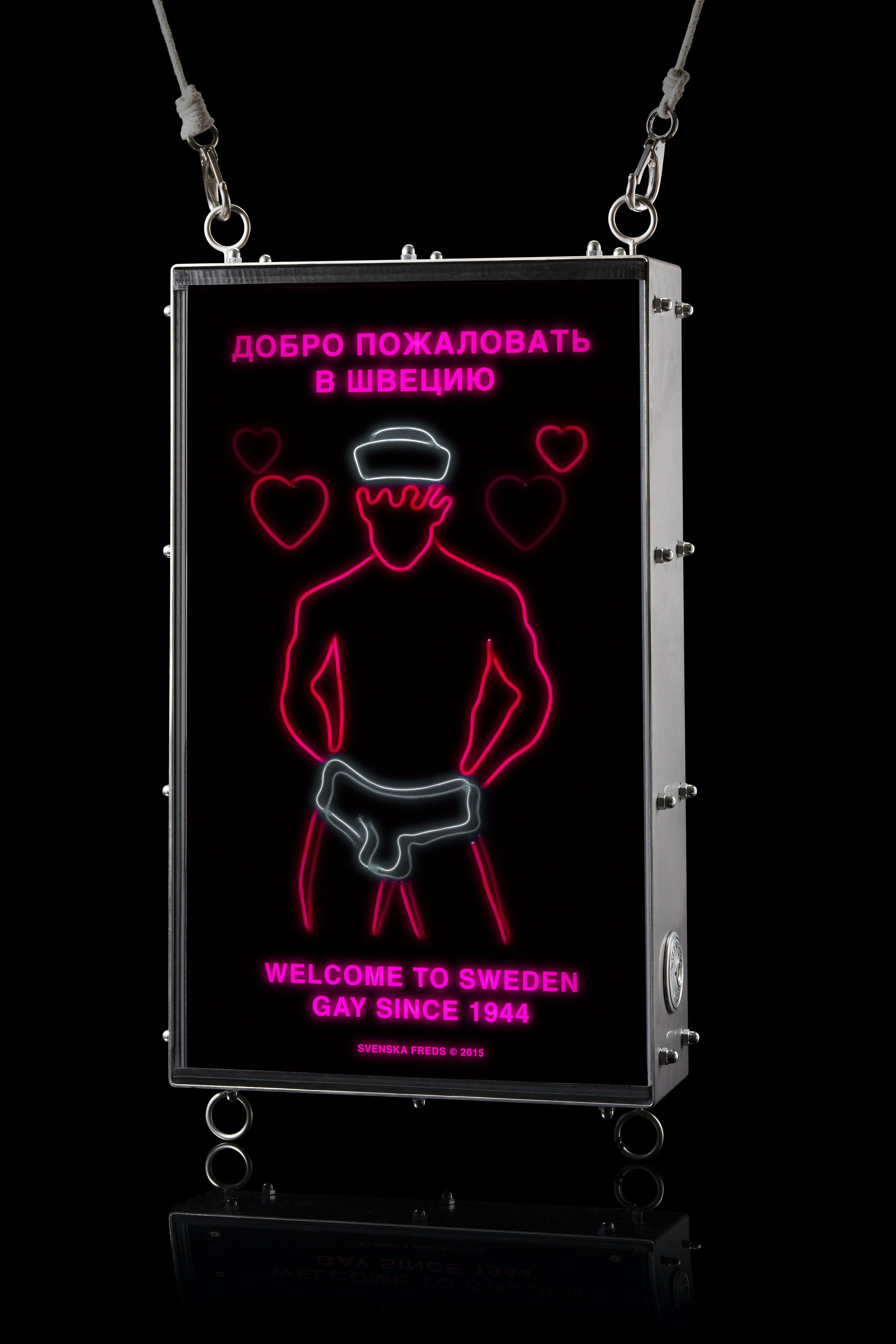 The Swedish Peace and Arbitration Society 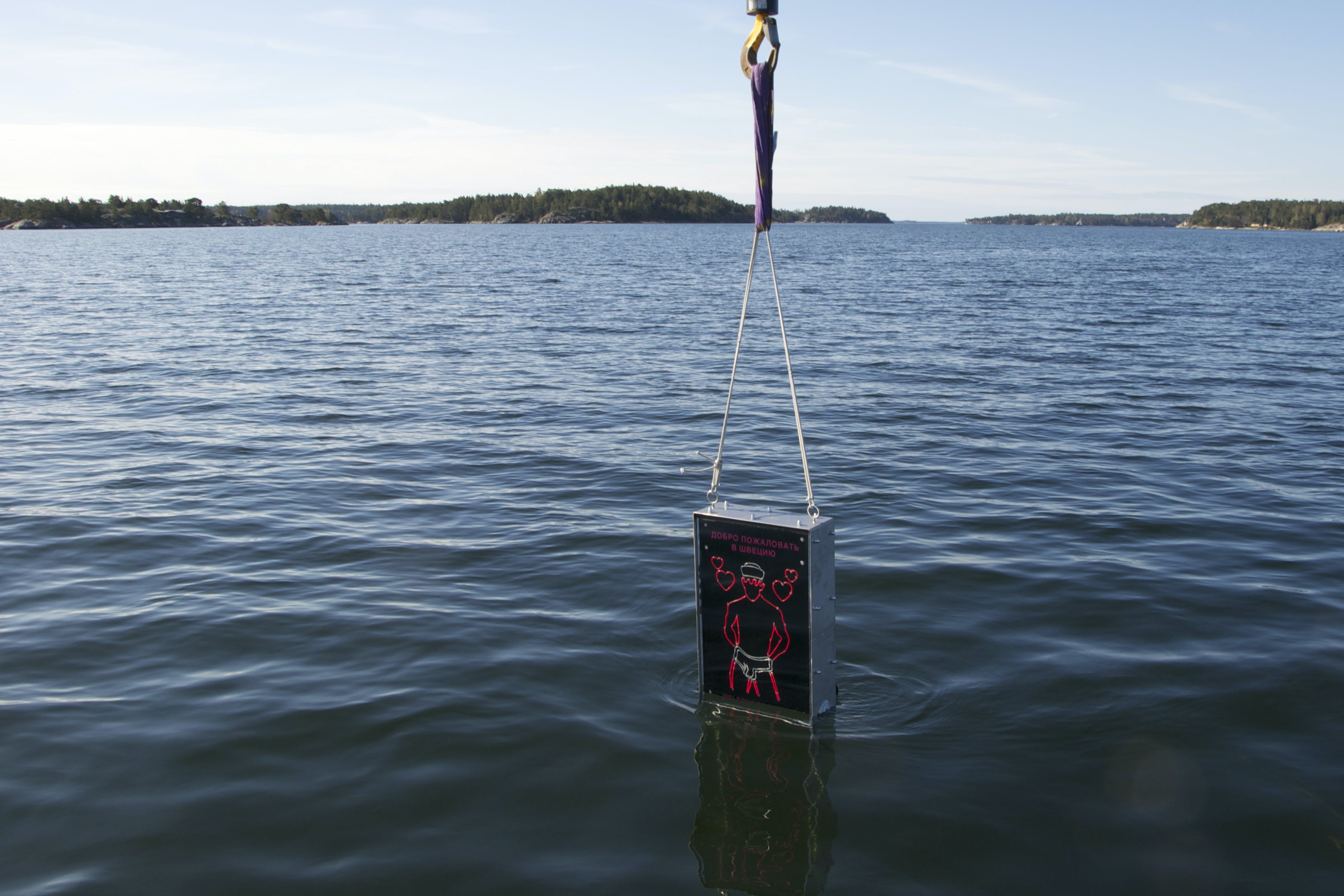 The Swedish Peace and Arbitration Society

The SPAS’s “Singing Sailor Underwater Defense System” also uses underwater sonar to dispatch a Morse code message that translates as: “This way if you are gay.”

Being gay in Russia is an extremely fearsome experience right now, with the LGBT community facing both political and physical violence. The SPAS is hoping to call out this discrimination in Russia. Anna Ek, president of the group, has this to say to the Huffington Post:

The aim of the campaign is to try and take back the discussion to where it should be. Military rearmaments haven’t created stable peace. We have tried for many years and still we see wars and conflict … Some people may think it’s a bit silly but it’s also about making love, not war. It’s as simple as that.

SPAS installed the Singing Sailor sign on April 27. The Independent reports there haven’t been any submarine sightings since.

H/T The Independent | Photo via instamalehotties/Instagram