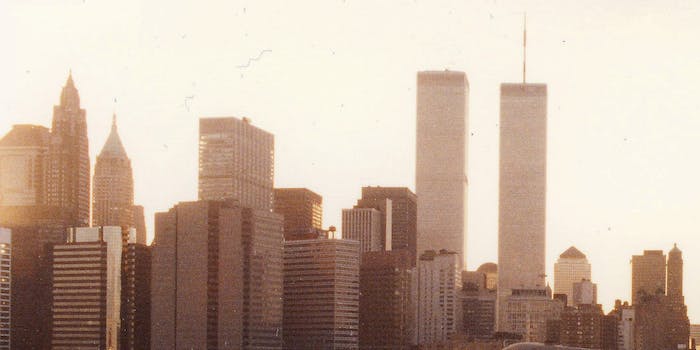 This was one interception that nobody saw coming.

This was one interception that nobody saw coming.

Seattle Seahawks linebacker and Super Bowl MVP Malcolm Smith was in the middle of a press conference following the 43-8 landslide against the Denver Broncos when a man jumped onto the stage and, in essence, pulled a Kanye to announce that 9/11 was a conspiracy.

“Investigate 9/11… 9/11 was perpetrated by people in our own government,” the man said before he was dragged offstage.

Smith looked a little stunned by the interruption, but broke the tension with a simple “All right.”

The man, later identified by NJ.com as 30-year-old Brooklyn native Matthew Mills, was later arrested and charged with trespassing.