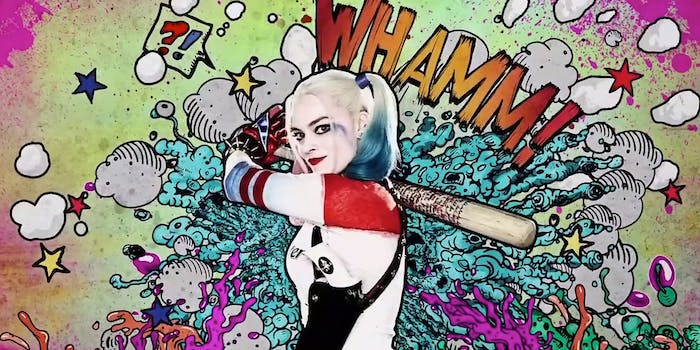 ‘Suicide Squad’ and the problem with Rotten Tomatoes

Internet-era critics have created a perfect storm to bury films like 'Suicide Squad.'

It’s a strange feeling, having written one of the few positive articles about Suicide Squad.

Critics aggregated at Rotten Tomatoes have panned the film (its current standing there is 27 percent). If the internet community can learn anything from the loud blockbuster, it is that online culture breeds a specific kind of hyper-informed and excessively quantifying approach to the art of criticism. This has become apparent with Suicide Squad‘s hype cycle, although it can also be traced to our own creative tendencies as writers and our access to unprecedented quantities of information about the filmmaking process itself.

The Internet has simply created a perfect storm of conditions to bury movies like Suicide Squad under an avalanche of negative press.

While this allows for a richer discussion about popular entertainment like movies, it can also result in a form of mass groupthink. When we start to view something inherently subjective and personal, like artistic taste, through a mindset that instinctively defers to experts, we risk forfeiting our own judgment as independent individuals.

This is where the implicit logic behind Rotten Tomatoes fails. By compiling a sampling of movie critics’ opinions and reducing them to a single numeric rating—as well as applying definitive labels of judgment like “fresh” or “rotten”—the website makes art seem like a science. The nuances of each individual criticism are similarly stifled. There is no room for ambiguity, for breaking down a movie by its elements and describing which ones work and which ones don’t.

As critics, we have some blame on our hands. One is reminded of the wise words from Anton Ego, a fictional food critic from the 2007 film Ratoutille, who observed: “We thrive on negative criticism, which is fun to write and to read.” It’s hard to avoid the sense that many of us, when devoting the best and most caustic prose for an unpopular film, sense an opportunity to sharpen their claws and go for the jugular.

“Got me a sewer to crawl back into,” wrote Joe Morgenstern of the Wall Street Journal, quoting one the movie’s antiheroes before adding: “[H]e’s got nothing on the movie, which was in the sewer all along.” Christopher Orr of the Atlantic harped on the popular claim that the story is a mess, describing it as “lazy to the point of professional negligence.” The New Yorker’s Anthony Lane was only a little kinder: “The worst of the worst? Maybe not. But it’s a dead end for kids.” The Daily Dot’s Gavia Baker-Whitelaw wrote that “[t]hey should have just stuck with a team of Navy SEALs and an emergency line to Batman.”

Did these critics see the same movie that I did? The story was hardly a masterpiece, but neither were the cluttered narratives in The Avengers: Age of Ultron or Captain America: Civil War, both of which fared much better with critics. Suicide Squad had fun and interesting characters, a punk tone that worked for its material, and a story which cleverly subverted our understanding of the roles of heroes and antiheroes (including, appropriately enough, authority figures like the government). It wasn’t perfect, or even the best superhero film of the year (a distinction that belongs with Deadpool), but it packs thorough entertainment. The film’s tremendous social media buzz and two-week box office dominance likewise suggests that it has resonated with American audiences.

We don’t just critique our popular culture products online; we actively investigate their behind-the-scenes details, with an avidity that sometimes shames our coverage of more substantive issues. Thanks to outstanding reporting like that at the Hollywood Reporter and Midnight’s Edge, we know that the production behind Suicide Squad was immensely troubled. Producers who were concerned that the film would tank—knowing that the fate of the DC Cinematic Universe largely depended on that not happening—and made drastic cuts before it was released. Humorous moments were added, scenes were shuffled, and an overall air of desperation began to permeate the project.

This seemed like a movie destined to fail, a fact not lost on some of the more self-aware online critics, who then panned it altogether.

Even those who didn’t mention the film’s troubled past or tremendous strategic importance, though, were almost certainly aware of it. This is the Catch-22 of film analysis that those who criticize the critics often fail to appreciate: If you go into a movie with a completely fresh perspective, you may lack important information that can help you better understand why that particular finished product is appearing on your screen. Too much information, on the other hand, can also slant one’s perspective, if for no other reason than it becomes difficult to divorce genuine attempts at art from knowledge of the sausage-factory commercialism that produces it.

Contrary to overzealous fans‘ misguided belief in an anti-DC or anti-comic book movie conspiracy (both of which don’t hold up to scrutiny), there is no centralized agenda among the Internet’s intellectual establishment. This is the paranoia that caused online misogynists to see feminist conspiracy behind video game criticism and the Ghostbusters reboot, or call for a boycott of Star Wars: The Force Awakens, or create a petition to block Ben Affleck from playing the new Batman. But that doesn’t mean critics can’t succumb to their own flawed human nature—here an unshakable, internal desire to get it right in their review.

It behooves the critics who roasted the film to keep an open mind about reevaluating their opinions. This should apply to all moviegoers and to every film. The internet age means we’ve largely lost the luxury of seeing films in a vacuum; we’re overwhelmed with information that asks us to judge art before experiencing it.

Total objectivity may not be possible (that’s a debate topic for philosophers), but that doesn’t mean we shouldn’t strive to be aware of these potential biases. The first step toward doing that, though, is recognizing that this tool known as the internet can unduly influence how we think, even as its provides us with unprecedented opportunities for self-expression.