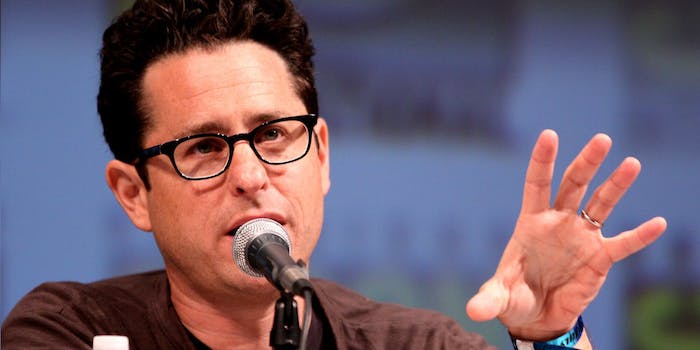 J.J. Abrams‘ production company will make three new shows for HBO Max, and wouldn’t you know it, two of the three are spinoffs from beloved franchises.

While some fans of The Shining will turn their noses up at the idea of a TV spinoff, Hollywood seems determined to turn this property into a franchise. Last year saw the release of Doctor Sleep, a direct sequel starring Ewan McGregor and Kyliegh Curran, which was more of a fantasy adventure story than its predecessor. Now Overlook will explore new horror stories from the Overlook Hotel. HBO’s press release didn’t specify the format, but it sounds like this could be an anthology series, following the recent trend for horror anthologies.

Justice League Dark sounds like a good fit for a live-action adult HBO series, possibly moreso than a movie. This DC comics title focuses on the franchise’s more gothic characters, like John Constantine, Deadman, Swamp Thing, and Zatanna. It’s more about magic and mysticism than traditional superheroism, and it’s one of several DC Comics adaptations that’s been stuck in development hell in the past.

During the mid-2010s, Guillermo del Toro worked on a Justice League Dark movie that never panned out—an ideal choice of director given his love of gothic fantasy and his experience with Hellboy. Abrams is a less obvious choice by comparison, but it’s worth remembering that Abrams isn’t necessarily “making” this new show, it’s just happening under the umbrella of his production company. For now, it looks like Duster is the show he’s most personally involved with, while Justice League Dark‘s creative team hasn’t been announced.