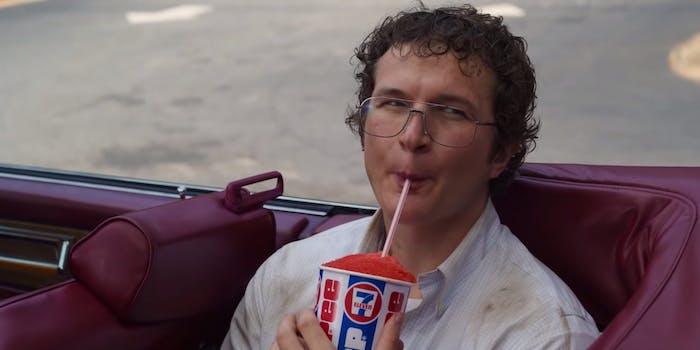 From magnets to fireworks, this season gave fans plenty to laugh about.

1) Joyce and her magnets

Joyce’s fixation on her broken magnets got many viewers talking. While she was right, and her insistence that something was wrong ultimately led to her shutting down the giant machine that was opening the gate, her obsession with the inanimate objects was ripe meme material.

Joyce all of #strangerthings season 3 pic.twitter.com/2EIFOo7LXm

While this musical break in the Stranger Things season 3 finale may have drawn split critical reactions, those who enjoyed it really, really enjoyed it. Fans made sure to broadcast that they were listening to “The NeverEnding Story” on repeat and sobbing uncontrollably.

Dustin and Suzie’s wholesome duet wasn’t the only thing that got tears flowing. Hopper’s surprise death at the end of Stranger Things season 3—and the humble request he wrote in his letter to El—left many fans inconsolable.

When you finish season 3 and try to act like everything’s fine #strangerthings pic.twitter.com/3Vwzu8BQdW

“and for the sake of ur old poor dad please keep the door open 3 inches”#StrangerThings pic.twitter.com/yX17cdFXw7

“but, please, if you don’t mind, for the sake of your poor old dad, keep the door open three inches.”#StrangerThings pic.twitter.com/gx1OcUTYU7

While some fans were weeping over Hopper’s letter, others were theorizing (or insisting) that the police chief is not, in fact, deceased. Fan theories quickly circulated, emphasizing the Russians’ mention of “the American” in the post-credits scene.

5) Will wanting to play D&D

Will Byers was not a large part of Stranger Things 3. The character, whose disappearance in season 1 was central to the sci-fi story, mainly appeared in this season to ask his friends to play D&D with him. But his friends are distracted all summer by their new relationships.

Whenever the monstrous Mind Flayer was nearby, Will rubbed the back of his neck and said to his friends, “He’s close.” The motion spawned memes of photos and videos of people touching the back of their neck.

Will when the Mind Flayer was nearby #StrangerThings pic.twitter.com/uwaUNZ6fMk

And then there was the Mind Flayer surviving the fireworks the gang threw on it in the Starcourt Mall.

#StrangerThings
The Mind Flayer in the mall pic.twitter.com/YVnt1slcaU

7) Robin and her whiteboard

It’s a known fact that if you share footage of someone holding a card, poster, or whiteboard, meme-makers will Photoshop something onto it. Netflix knew what it was doing when it had new character Robin (Maya Hawke) hold up a board to Steve that showed a “You Rule” versus “You Suck” tally. Stranger Things fans used the board to express hot takes and theories about the show.