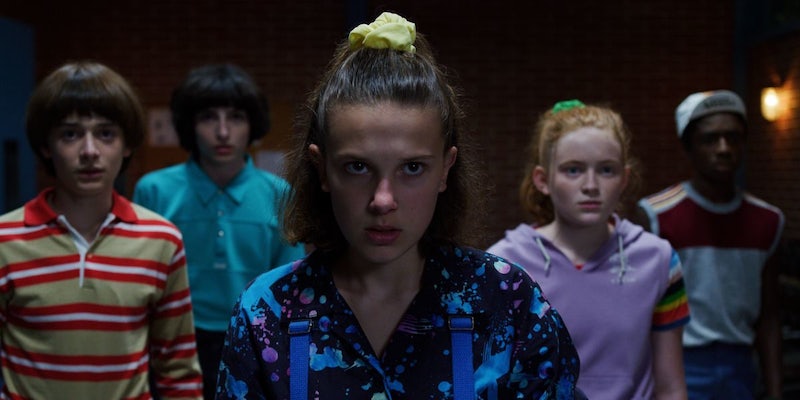 After all, it's definitely the kind of show where characters come back from the dead.

Stranger Things season 3 ended on a shocking note, with the demise of Sheriff Hopper. But is he really dead? This being a sci-fi show, many fans already have their doubts—or hopes, because Hopper is a fan-favorite character, and people don’t want him to be dead.

In a post-season interview with Entertainment Weekly, actress Millie Bobby Brown hinted that he might indeed return. Discussing Eleven’s reaction to Hopper’s death, she described her performance as “a distraught child that just lost her father, or so she thinks.” The key phrase here is “… or so she thinks,” leaving things open for season 4.

“The Duffer Brothers are like my older brothers, so I call them all the time,” added Brown. “I definitely try to press them on little clues and hints. I know things here and there, but nothing deep or something I could tell you about.” David Harbour (Sheriff Hopper) has similarly avoided making any definitive statements about a potential return to the show.

After many years as a little-known supporting actor, Harbour’s career took off thanks to Stranger Things. In the last couple of years, he’s booked several high-profile movies including Hellboy and Black Widow, so it’s possible that he decided to bow out of Stranger Things to focus on other projects. However, most of the main Stranger Things cast was able to film movies between seasons, so he could still fit both into his schedule.

Since season 4 hasn’t officially been confirmed by Netflix yet, we’ll have to wait a while longer to know more about Sheriff Hopper’s fate.