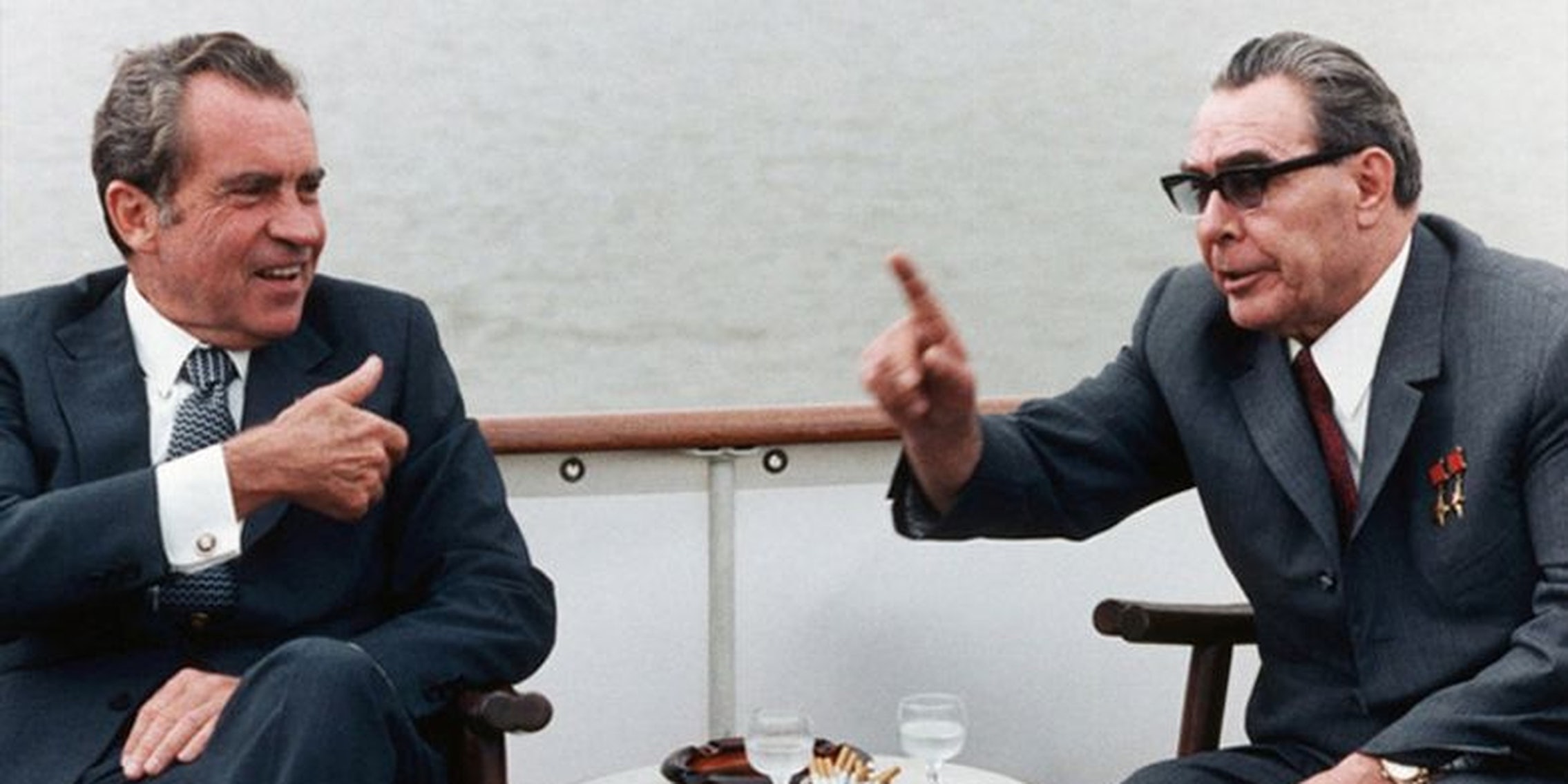 What's in a meme? In the case of the "-gate" suffix, absolutely nothing.

What’s in a meme? As originally defined by evolutionary theorist (and feminist pariah) Richard Dawkins, the concept refers to the spread of ideas from person to person through a “unit of cultural transmission.” Dawkins adapted the phrase from the Greek “mimeme,” translated to “imitated thing,” and he would later denounce its current Internet usage, in which commonly understood images, words, or phrases reach a level of digital virality that they become cultural shorthand.

The problem with memes is that they boil an idea or a concept down to a singular version of itself that is packageable for the widest possible audience. Mashable’s guide on creating memes, for instance, lists three key principles to ensure maximum meme virality: It has to be mass-market driven, humorous, and shareable on social media. But Dawkins warned that the issue with memes is that they aren’t imitations; they change in small but crucial ways. When something is made into a copy of a copy of a copy, what gets lost in the exchange?

A Cracked post from 2011 credits the Sator Square as the earliest meme. Found in the ruins of Pompeii dating to around 79 CE, the meme was a word square that acted as a Latin palindrome any way you read it. The Sator Square pops up carved into ancient buildings and sites in England, Portugal, and Italy, but its central phrase “SATOR AREPO TENET OPERA ROTAS” remains a mystery, a historical signifier without a signified.

Perhaps the Sator Square then is the earliest forerunner not just of pre-Internet meme culture but of the “-gate” suffix, a trend that took off following the Watergate scandal in 1972, four years before Dawkins coined the phrase. In an essay on the 40th anniversary of the break-in, the Denver Post’s Ed Quillen argued that the coining of “Watergate” was crucial in distilling the scandal for the American public, as the story dragged on for years after the public first heard the words “Deep Throat”:

On June 17, 1972, five men were arrested after they broke into the office of the Democratic National Committee, which sat in the Watergate Complex—a group of five buildings in the Foggy Bottom area of Washington, D.C. As it turned out, all five men arrested had ties to the re-election campaign of President Richard M. Nixon, who ended up resigning from office—in the face of near-certain impeachment and conviction—a little more than two years later. On account of journalistic compression, the whole sequence of crime, corruption, and cover-up became known as Watergate, even though most of it happened elsewhere, especially the White House.

In the case of the “-gate” that started them all, a meme worked exactly as it should: transmitting information across wide swaths of the American public without obscuring the original meaning of the phrase. Although the Watergate Complex became a symbol for the larger problem of American political corruption, there was never any question what the scandal was really about: Nixon was a crook, and he needed to go. His eventual departure from the White House, thus, offered a release from years of national trauma, a kind of healing.

But as the years dimmed on the abuses of the Nixon administration, the “-gate” meme took a life of its own outside of its original intention. Scandals always had names. In the 19th century, the The U.S. Star Route affair rocked the U.S. postal service. Ulysses S. Grant’s presidential tenure was marred by The Whiskey Ring. Teapot Dome implicated the Harding administration in its own web of corruption.

What made Watergate stick as a signifier of wrongdoing in a way that other scandals had not is that behind every meme, there has to be a creator, and the “-gate” suffix’s mastermind happened to have been inside the Nixon administration itself. William Safire was a speechwriter for Nixon, as well as a well-known “libertarian conservative” contributor for the New York Times Magazine, penning the mag’s “On Language” column. During his tenure there, New York magazine estimated that Safire coined at least 20 “-gates.”

Although the National Lampoon humor rag is credited with coining the first post-Watergate usage of the suffix in a piece about a fake Russian scandal called “Volgagate,” Safire was the meme’s biggest champion for a reason: professional loyalty. William Safire hoped that by applying a “-gate” to other scandals after the Nixon era, it would make his boss’ crimes seem less severe in the light of history. And looking at the Wikipedia list of historical “-gates,” it’s hard not to think Safire was successful in making Nixon look just like a drop in a vast, cess-infested pond.

By taking the “-gate” away from the idea of the Watergate Complex itself, the term could then be applied to anything Safire wanted. In the coming decades, the suffix would become fashionably affixed to the scandal du jour, from the ties linking Jimmy Carter’s older brother to the Libyan dictatorship (“Billygate”) to an affair between the president of the United States and his favorite intern (“Monicagate”). The “-gate” meme, however, reached another level of cultural ubiquity following a Super Bowl halftime performance exposing Janet Jackson’s right breast.

Months of controversy led to FCC fines and prerequisite culture wars, but it also showed the power of the Internet in transforming the ways in which we talk about scandal. Along with the “Nipplegate” moniker, Jackson’s display of skin was deemed a “wardrobe malfunction,” a phrase that would become commonly used anytime a famous female celebrity had a “nip slip.” This was 2004, when Myspace and AOL instant messenger still ruled and the “Badger Badger Badger” flash video taught many Internet users what a meme was, but the nascent Web was already showing the double-edged power of shorthand in the spread of ideas.

As the Internet era’s first true “-gate,” Nipplegate illustrated everything both useful and problematic when it comes to meme culture. What got left out of the “trending” news on the subject, as distilled into the Nipplegate moniker, was the fact that the controversy and rampant slut-shaming killed Janet Jackson. Jackson’s 8th album, Damita Jo, released in the wake of the scandal, proved a bomb for her record label, and the once dominant singer would only have one top 20 hit for the rest of her career. Where was Justin Timberlake in all of it? Why wasn’t he also harmed by the backlash? It’s simple: The “nipple” made the story all about her.

The “-gate” suffix can be an important way to instruct the public on what scandals deserve their attention, showing that wrongdoing has reached a tipping point in which a story becomes a cultural event. When New Jersey governor (and presidential hopeful) Chris Christie’s administration shut down toll lanes on the George Washington Bridge, it was just a niche news item until being dubbed “Bridgegate” signified that the story had “made it.” With so many headlines competing for Americans’ attention, the “-gate” moniker ensures your scandal will stand out.

But in the case of Nipplegate, the suffix suggests a “foolish equivalency” of scandal between a pop star showing America her milk jug and a major act of political corruption implicating an entire administration’s inner workings. This is at least according to Robert Teeter, who worked for the campaign to re-elect Nixon in 1972. Teeter told the New York Times, “We don’t have things in proportion anymore,” and Cornell professor Dr. Joel Silbey agreed, arguing that our obsessive gating leads to a “cheapening” the issues.

However, the “-gate” suffix doesn’t just cheapen the issues. It has a way of obscuring them entirely. In a recent interview with Vanity Fair, Hunger Games star Jennifer Lawrence addressed “Celebgate,” in which the actress’ nude photos were leaked onto the Internet, along with those of Kate Upton, Ariana Grande, and an increasing roster of other victims. Describing the incident as a “-gate” might suggest that the story is a “scandal,” ala Watergate or Monicagate, but Lawrence reminded us what the issue really is: “It’s not a scandal. It is a sex crime. It is a sexual violation. It’s disgusting.”

What does #Gamergate or #Celebgate then mean? Well, everything and nothing, but mostly nothing. If you were to encounter the hashtag on Twitter, knowing nothing about Jennifer Lawrence or 4chan, would you think that this is a pressing issue that affects all women or just an excuse to see Katniss naked? Like making up your own caption for Grumpy Cat or Anti-Joke Chicken, the way the images are underwritten and disseminated is in the eyes of the beholder. In the Internet age, virality becomes its own deadly disease.

Of course, the “-gate” suffix’s power in the Twitterverse can’t be underestimated, as the meme has made its way into Greek, German, and Hungarian. In her 1999 book, however, The Meme Machine, British psychologist and professor Susan Blackmore notes that this phenomenon speaks to not only the spread of ideas but the ways in which we gives those ideas power. For Blackmore, memes are the base building blocks of language, culture, and self-knowledge. As Nautilus’ Abby Rabinowitz puts it, “Memes make us do things,” but Blackmore goes further: They make us who we are.

In the case of early memes, the Sator Square may have offered a way to say “I was here” with a recognized cultural template, and as they developed, memes further reflect the given state of our culture at any era, what ideas dominant society felt were worth transmitting. With the advent of the Internet, that job is made easier than ever before, but just because a hashtag or a suffix is packageable for the masses doesn’t mean there will be anything inside. Imitation might be the sincerest form of flattery, but it hasn’t done Jennifer Lawrence any good.