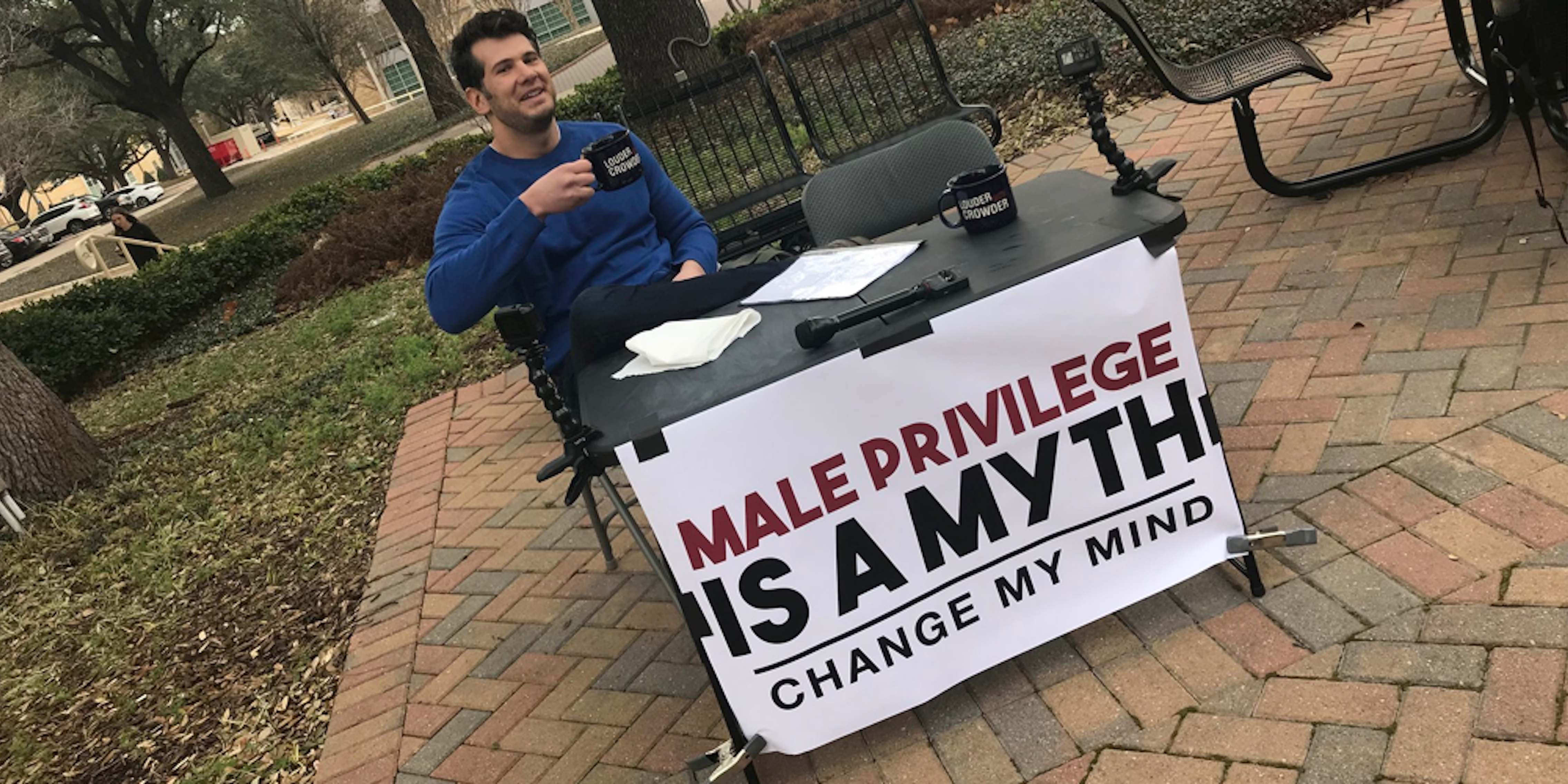 Conservative radio bro and former Fox News contributor Steven Crowder is a favorite target for online mockery. There’s a famous video of a union member punching him in the head, and he sparked a meme in 2016 with a tweet about “the ideal male body.” But Crowder refuses to go away, and now he’s being owned online for sitting on a college campus with a sign that said, “Male privilege is a myth. Change my mind.”

“Change my mind” is an ongoing video series where Crowder debates all comers on various topics. His mind is rarely, if ever, changed.

Here’s what happened on the Texas Christian University campus when he showed up to argue about male privilege:

And here’s what happened online. People Photoshopped the heck out of Crowder’s sign, creating a meme almost as memorable as “ideal male body.”

Some are even upping the complexity of the meme by replacing Crowder with other characters:

There’s a lesson here: If you want to be taken seriously online, never put up a sign. There’s no easier form of mockery than Photoshopping a new message onto an exploitable blank slate provided by someone you disagree with. We saw a great example back in 2017, when Donald Trump kept holding his executive orders up to the camera after signing.

Crowder is just the latest chump to walk into this classic blunder, and the results speak for themselves.

Male privilege is making a booth demanding that others come teach you something rather than making an effort to go learn it for your damn self. https://t.co/cTEJqx9MrV

He probably would have gotten better results if his sign really did say “pee is stored in the balls.” Oh well, there’s always the next episode.