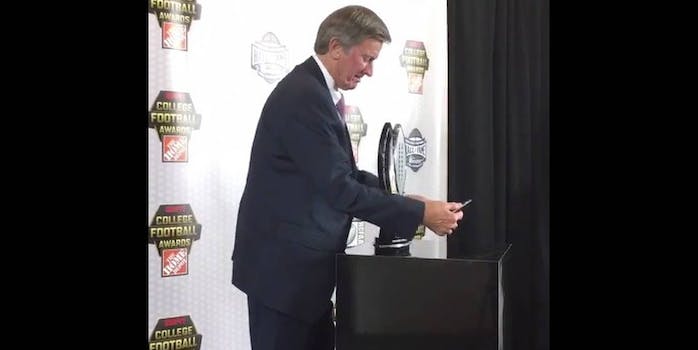 It's hard to watch game film when you can't snap a photo.

Steve Spurrier is one of the greatest football coaches of all time, and as such, he was given a lifetime achievement award at this week’s Home Depot College Football Awards. But when it comes to snapping selfies, Spurrier could use plenty more practice.

This was the scene Thursday night as the former University of Florida coach tried to take a selfie with his trophy. It did not go well.

This is Steve Spirrier trying to take a selfie with his trophy. I love this man so damn much. pic.twitter.com/98xXjQnYQ1

But Spurrier is nothing if not a perfectionist. And eventually, he figured out his own gameplan for taking the best kind of selfie.