Starbucks wants its baristas to wear fedoras and other awful hats

People who go to Starbucks every morning know exactly what they’re getting: melted ice cream that is somewhat coffee-flavored, adequate Wi-Fi, not entirely revolting bathrooms, and baristas in green aprons.

None of that will change, but the company’s new “lookbook” of acceptable employee clothes does allow certain tweaks and twists on each barista’s personal brand—within tightly prescribed parameters, of course. 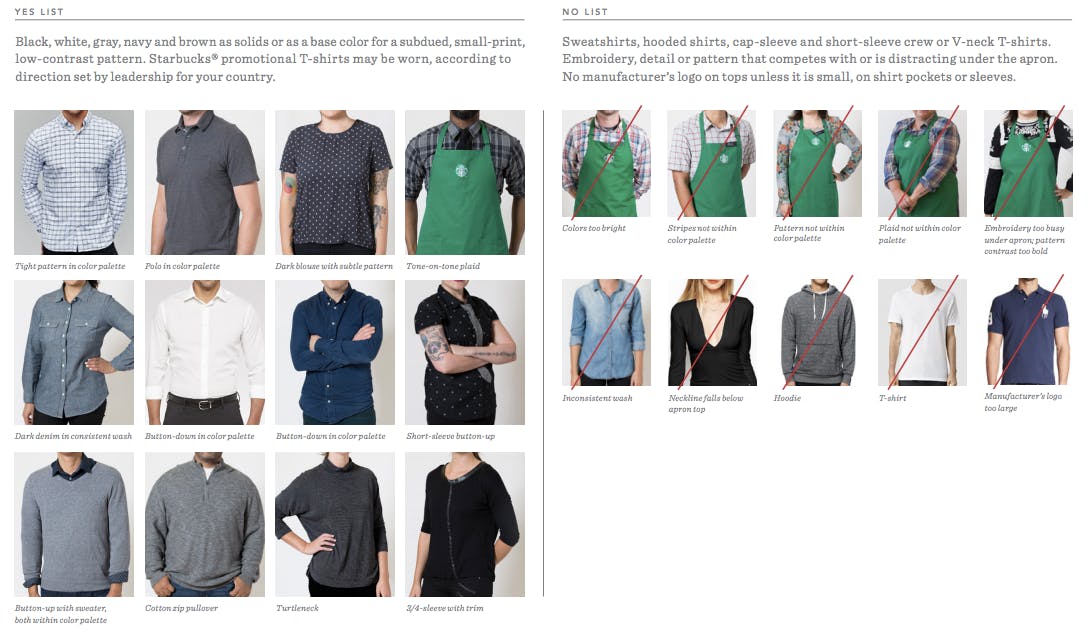 But the permitted shirts, shoes, and skirts are not what we’re interested in. No, we’re going to skip to the part about headwear. 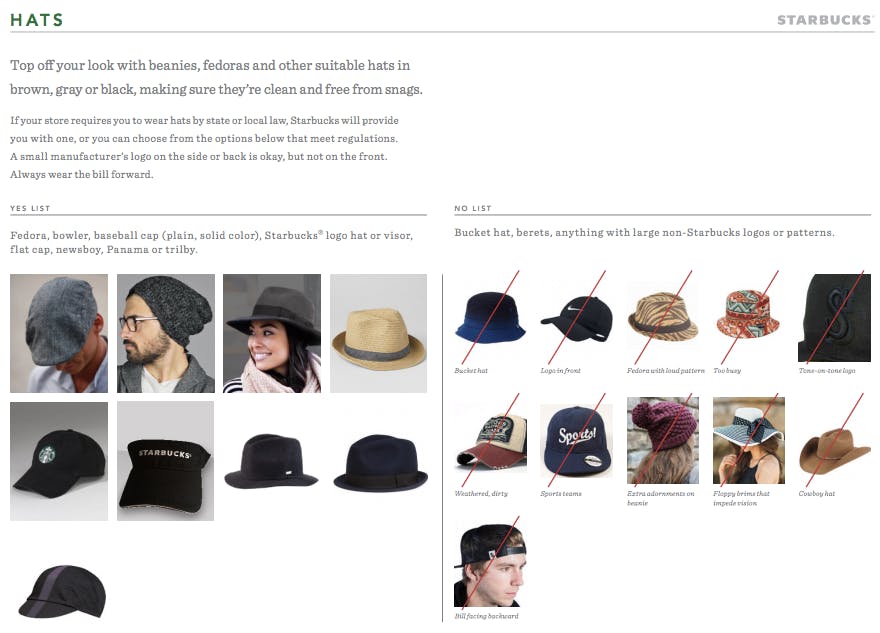 I know what you’re thinking: “No bucket hats?! Guess the ’90s really are dead.” But also: “Oh my god, fedoras.” Yeah, fedoras. You know them.

The fedora is meme shorthand for so many things, but perhaps most succinctly, it conveys the attitude of a male with poor hygiene, a Reddit addiction, and the firm belief that women keep putting him in the “friend zone” while dating assholes despite the fact that he’s a “nice guy”—which is a thin cover for immature and often repellent ideas about gender roles.

So, how are Starbucks baristas and customers feeling about this dress code development? You could say that feelings are “mixed.”

But let us not lose sight of the other abhorrent hats Starbucks is encouraging its employees to wear at work, any of which would look right at home atop the head of a man who claims that the new Ghostbusters movie ruined his childhood.

The trilby, frequently confused with the fedora, much to the angst of those who prefer it.

The Panama hat, which apparently has a reputation all its own.

Never thought I'd be pleased to be in Starbucks, but they are playing Joy Division, Love Will Tear Us Apart! I doff my bowler hat!

And, finally, the sort of slouchy knit beanie prized by that douchey guy in your MFA program.

@Starbucks so you're really offering a flat white. Is it even in 160 milliliter cups? Some of us have actually BEEN to australia.

Anyway, congratulations to Starbucks baristas on the chance to alienate customers before they even make it to the counter. As for everyone else, well: There’s never been a better time to quit caffeine.