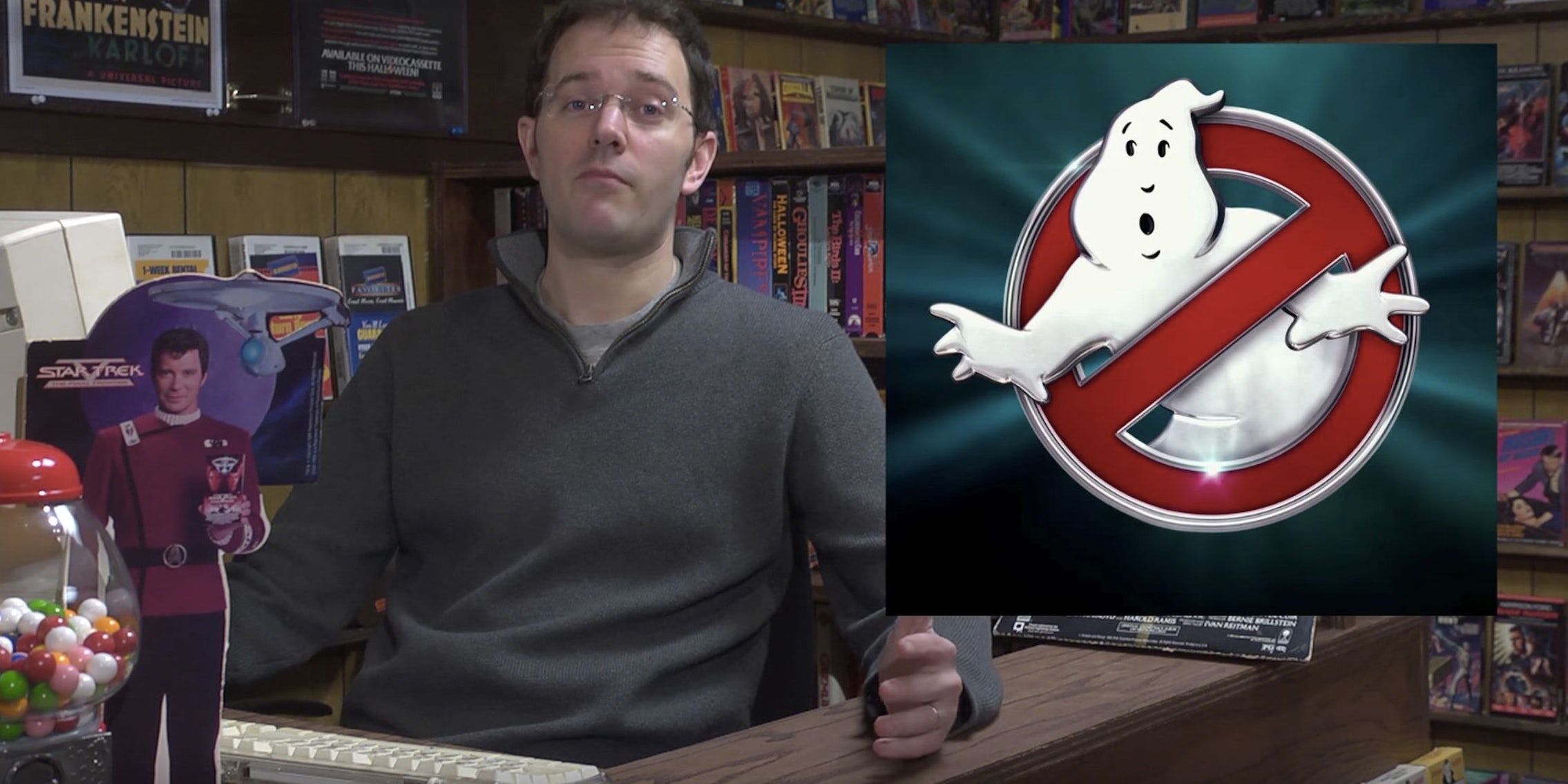 Taking a stand—from his seat.

In times of great turmoil, we look to solitary leaders to forge a path through the fire—leaders like 35-year-old gamer James Rolfe, whose name will echo down through centuries because he took a courageous stand.

What did Rolfe do? Only the unthinkable. He didn’t review the Ghostbusters reboot for geek culture site Cinemassacre.com. Even more incredibly, he was able to explain his decision in just six and a half minutes.

Now, did Rolfe fall into the camp of seemingly anti-feminist Ghostbusters fans incensed that women actors have been allowed a chance to don unflattering jumpsuits and battle fictive paranormal apparitions? Is he attempting to smash the gynocracy? Of course not! He had far more legitimate reasons for not watching the film, including but not limited to:

The silver lining, according to Rolfe, is that Harold Ramis “didn’t live to see this shit.” For sure. He would have hated being alive to watch this film with his family and buy them nice things with the money he made off it.

So kudos, Rolfe, for using the proton pack of your steely logic and unwavering bias to blast this movie to smithereens. You’re a knight in gray zip-up sweater armor. You have saved us from the 2016 Ghostbusters.