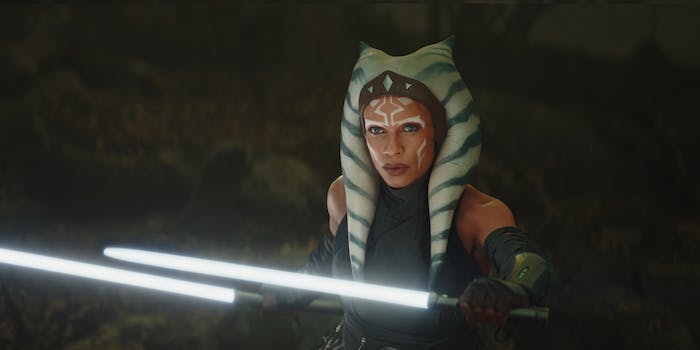 The Star Wars franchise is about to get a whole lot bigger, with Disney announcing a slew of new TV shows and movies. The announcements came during a livestreamed conference with Disney investors, covering everything from Marvel and Star Wars to new Disney animated films and nostalgic revivals like Three Men and a Baby. The whole list is too extensive to include here, but we’ve put together the Star Wars highlights, including a new movie by Wonder Woman director Patty Jenkins and the return of Hayden Christensen as Darth Vader.

Obi-Wan Kenobi is one we already knew about. In fact, this live-action Disney+ series is currently filming in Boston with Ewan McGregor. Yesterday’s big news was all about casting, with Christensen reprising his role as Darth Vader. The show takes place 10 years after his last appearance in Revenge of the Sith.

Andor stars Diego Luna’s Rogue One rebel spy Cassian Andor, and it’s another of the two live-action shows we already knew about. This series is due to come out in 2022, featuring a new cast including Stellan Skarsgard, Adria Arjona (Good Omens), and Fiona Shaw (Killing Eve). There’s already a teaser video.

Ahsoka gives a live-action series to the fan-favorite Jedi heroine from Star Wars: The Clone Wars. Played by Rosario Dawson, she recently made her live-action debut in The Mandalorian. And don’t worry, Ahsoka Tano’s original creator Dave Filoni is still in charge.

Rangers of the New Republic is set during the same time as The Mandalorian and is co-created by Star Wars insiders Dave Filoni and Jon Favreau. It seems like it will cross over with other Star Wars shows, but there’s one big question mark here: Will controversial actress Gina Carano be involved?

Lando is self-explanatory, although Disney hasn’t clarified which version of Lando Calrissian will star. The showrunner will be Justin Simien, creator of Dear White People.

The Acolyte is the most enigmatic new show, created by Leslye Headland (Netflix‘s Russian Doll). Apparently it’s a mystery-thriller about “merging dark side powers in the final days of the High Republic era.” In other words, it’s the only new Star Wars/Disney+ show that truly expands the franchise into new territory, rather than focusing on familiar characters and settings.

Star Wars: The Bad Batch is another familiar title: an animated series about an elite clone warrior squad introduced in the Clone Wars series. There’s already a teaser, so it will arrive sooner than Lando or The Acolyte, which still seem to be a couple of years away.

The final two announced projects are Star Wars: Visions, a series of animated shorts by anime creators, and A Droid Story, which features droid characters (duh) and will combine animation with live-action visual effects.

Disney’s investor call was noticeably free of any mention of Rian Johnson, suggesting that his much-anticipated Star Wars trilogy is unofficially dead in the water. However, they did make two major announcements. First off, Taika Waititi (Thor: Ragnarok) will direct an untitled Star Wars film, an announcement that isn’t exactly a surprise to fans but is definitely cool. Secondly, Patty Jenkins is joining the franchise. This is a big surprise, and Disney announced her project with plenty of drama, including a first-person video from the director herself.

Yes, Patty Jenkins is making a Rogue Squadron movie! These starfighter pilots are fan-favorite characters from the era of the original trilogy. Popularized in spinoff novels (which are technically no longer part of Star Wars canon), the squadron was led by Luke Skywalker and Wedge Antilles. It’s unclear whether Disney is planning to recast a young Luke Skywalker (an idea that didn’t work especially well for Han Solo) or if Jenkins plans to focus on other characters. Either way, it’s a cool announcement for Star Wars fans who wish the franchise would focus less on Jedi and more on characters who don’t have superpowers.

Overall, this was an exciting list. It introduces a new era of Star Wars where small-screen spinoffs pack as much of a punch (in theory) as the big tentpole movies. If there was one theme, though, it was nostalgia. These movies and Disney+ shows are generating a ton of buzz because they mostly focus on familiar territory. The main Skywalker Saga may have ended with The Rise of Skywalker last year, but the franchise isn’t fully branching out into new material yet. With the exception of The Acolyte and Waititi’s untitled mystery film, these are all fun but creatively conservative projects that play into fandom nostalgia.