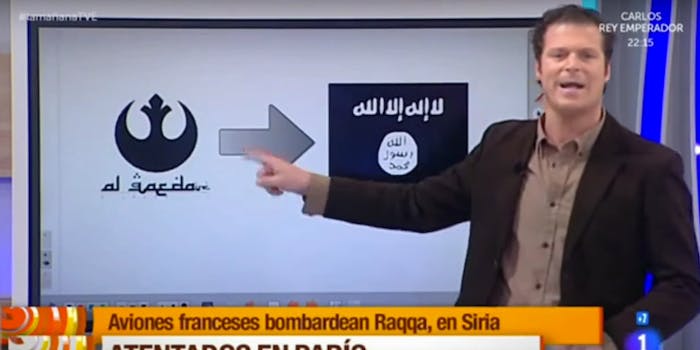 Apparently a small group of fighters plan to attack an unshielded exhaust port.

It’s a story as old as time: An old bearded man lives out in the desert. He converts impressionable teenage boys to his religion and convinces them to fight a war.

So maybe we can forgive whichever overworked graphics department person dropped the rebel insignia from Star Wars into a Spanish newscast about Al Qaeda.

The slip-up happened on La Mañana, a Spanish morning news show that airs on the Television Española, Spain’s state owned television network. YouTubers were quick to mock them for the error.