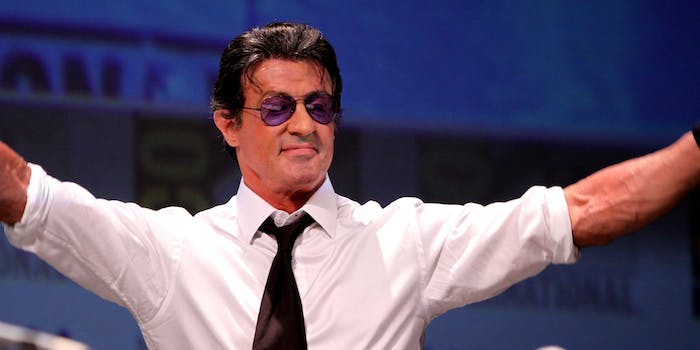 In hell, some say, you’re sweltering in heat. Also, maybe you’re trapped in a bunny suit, while a pork pie-hatted Sylvester Stallone hovers behind you, forever.

That’s what’s happening on Stallone’s real Twitter page. A picture of that scene. Over and over and over again. 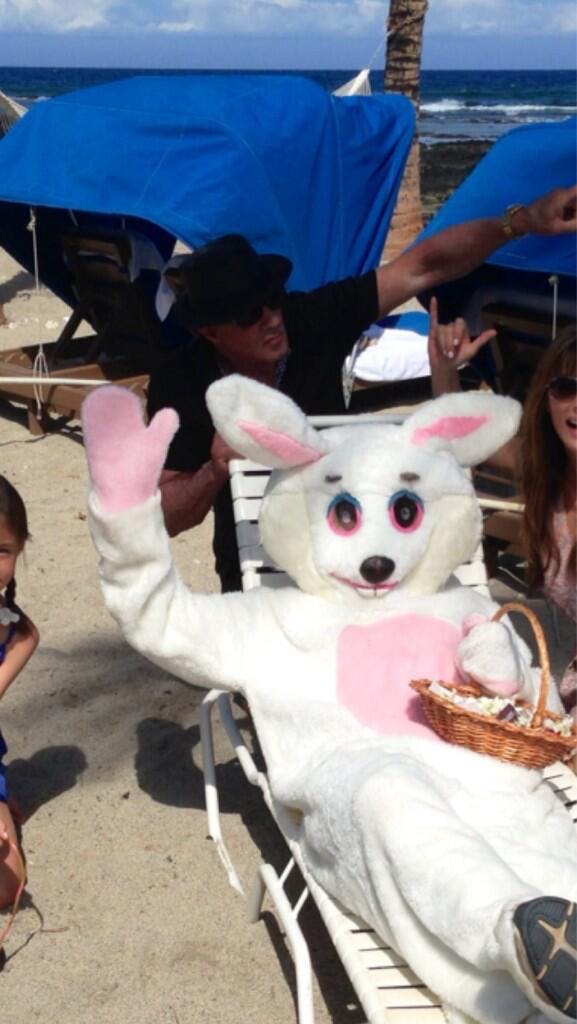 For reasons not immediately clear—though Twitter has acknowledged a bug that does this—the “Photos and Videos” section of the official @TheSlyStallone account is just a repeat of that same bizarre, poorly-lit-though-it’s-taken-at-the-beach photo.

In it, someone in an Easter Bunny costume and sneakers sits on a beach chair, waving with pink mittens. Stallone, dressed like a vacationing blues brother from a darker timeline, points off-camera. A young girl and adult woman edge into the frame’s respective sides. The bunny carries a basket, its eyes black like a skull’s empty sockets. 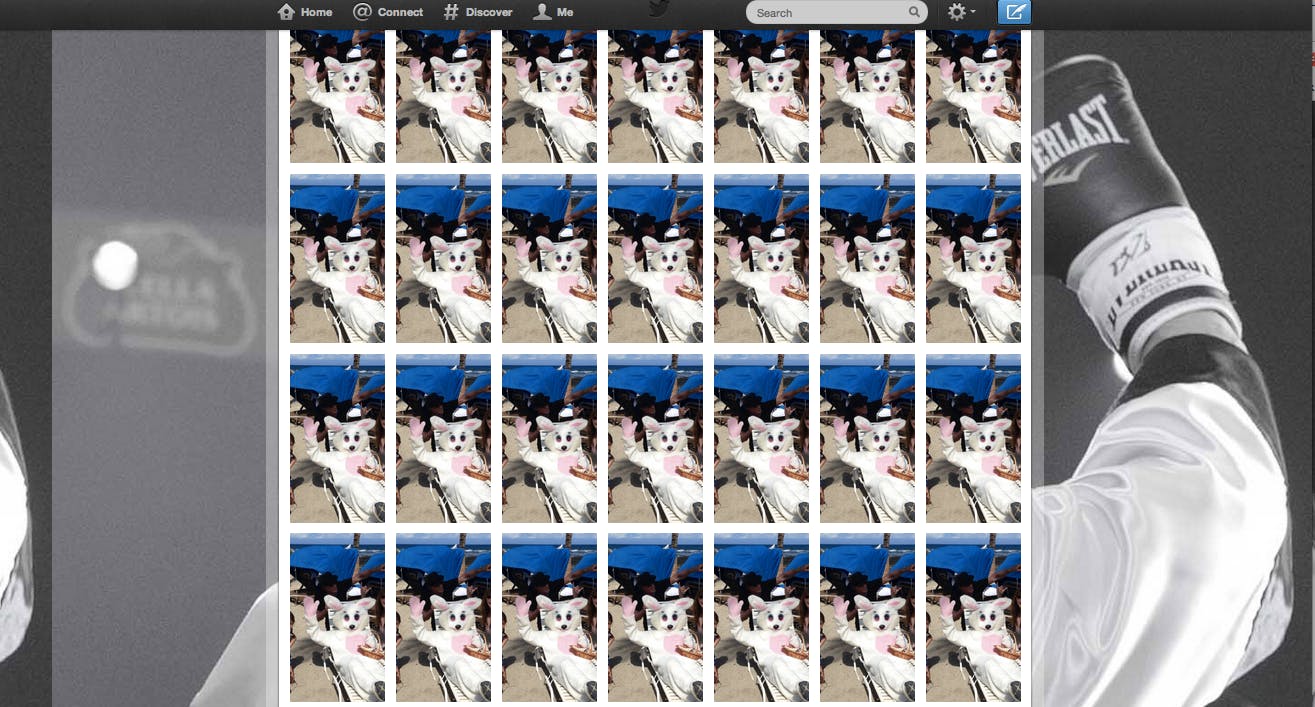 Zoom out even farther on the page, and, it appears possible these pictures stretch on and on, implying a gaping maw of infinite pain. 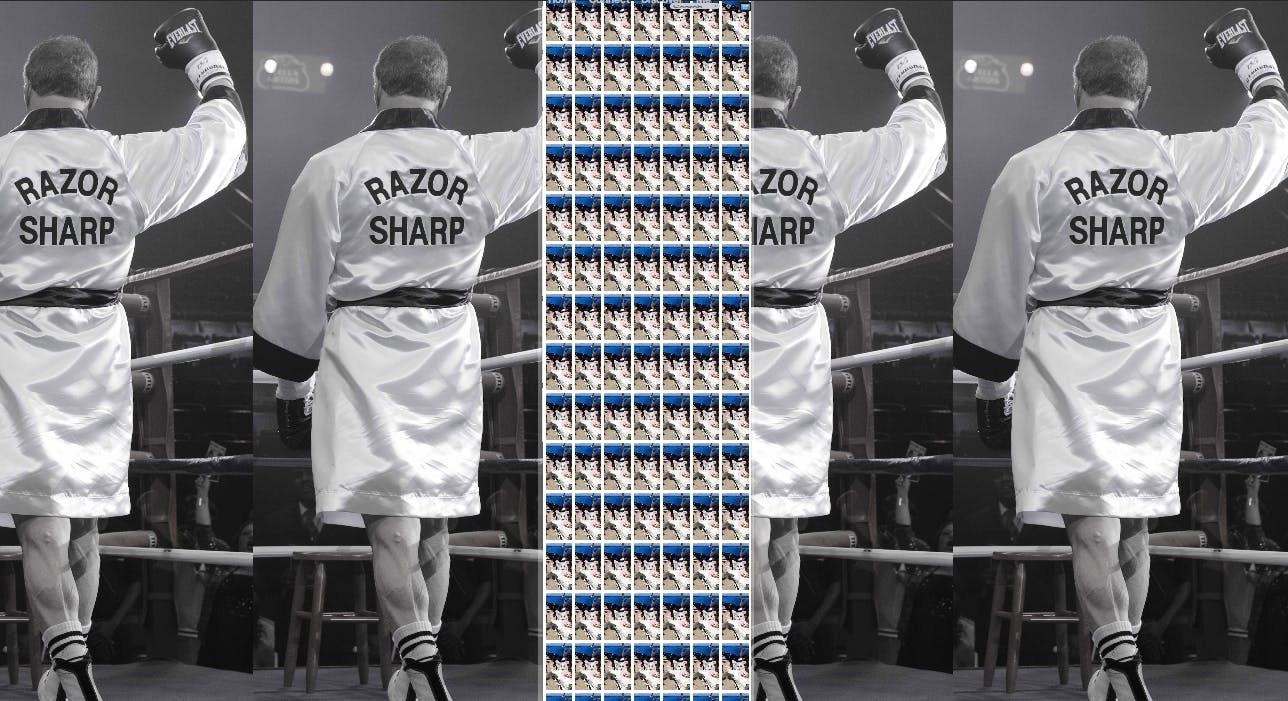 Stallone did tweet this picture on March 31, 2013. “Happy Easter.. I found my new expendable! Hop to it!” he wrote at the time.