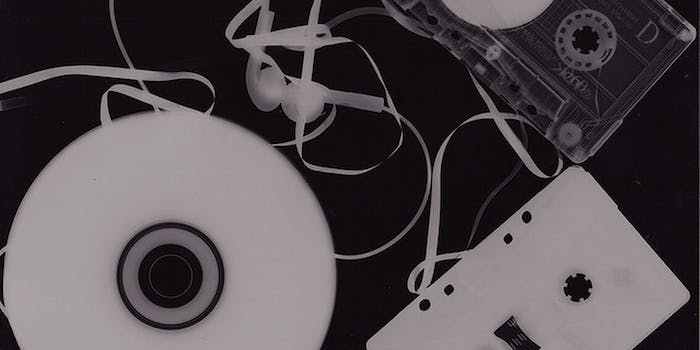 How technology is changing the way we listen to music

As more and more of our external context is detectable ,  our music players will be designed to match it precisely and on-the-go.

Remember recording cassette mixtapes from the radio just so you could kick it down the street to the Promise Ring on your Walkman, free from the tyrannical whims of the FM afternoon DJ?

Neither do I, but somehow it seems obligatory to begin an article on where music’s headed by appealing to our faux-collective nostalgia for the inconvenience of the past.

Convenience is — and always has been — the hallmark of innovation in music technology.

In the past 20 years, we’ve bopped all the way from said cassettes to Spotify, from treasuring ultra-rare lo-fi B-sides to expecting even the most obscure of underground sounds on demand.

What’s next for music?

Brace yourself: It’s going to involve tech that understands and predicts your taste better than you do.

What does feel like just yesterday to me: Napster, plus Kazaa, Limewire, Mininova, and Isohunt (now we’re tugging on the old heartstrings!). Setting up an album to download before I left for school in the morning so that it would be done by that afternoon. Amassing collections of mp3s, carefully organized into folders by artists and albums.

Whether you were plundering the seven musical seas like me or dutifully laying down a buck a track on iTunes, a sense of ownership and collection permeated the way we listened to music. The days of purchasing an entire album just for a couple hit songs may have gone by the wayside, but we still wanted to have music.

Attempts to stem piracy failed time and again because it was always moreconvenient for the unscrupulous music lover to simply download the desired files.

The wild success of Spotify — and other streaming music platforms like Rdio, Rhapsody, Grooveshark, Deezer, and MOG — is not because listeners have finally found it in their consciences to pay for music. No way. People sign up for streaming, on-demand music because the service is actually better than piracy.

Using a streaming music platform means that you no longer have to dedicate valuable hard drive space to gig after gig of mp3s. No more falsely named or malicious files. No scouring torrent sites flanked by ads of undergrads, scantily clad. No upkeep.

And the price is right — Spotify tops out at a paltry $10/month.

The numbers tell the story: in Norway, music piracy is practically in freefall, dropping 80 percent over the course of the last four years.

What could be more convenient than being able to choose whatever you want to listen to at the exact moment you like?

Not having to choose at all.

That’s right; we’re on the verge of going full circle here. That tyrannical afternoon radio DJ may have worn thin on your nerves after laying down Celine Dion once too often. However, FM has one enormous advantage over streaming radio: you don’t make any decisions.

How many times have you opened Spotify (or Rdio, or Grooveshark, or Deezer, etc.) and found yourself at a loss?

What’s the perfect artist to set the mood for the upcoming space-themed whiskey party? What playlist will accommodate three distinct generations at the beach barbecue? What’s the best choice for staring at the ceiling in your underwear?

We’re all intimately familiar with the “whiteout” moment when you’ve burned through your playlists and have no idea where to go next amongst the 20 million tracks available. Statistically, this happens most frequently when you’ve got a Would-Be Object of Affection awaiting on your couch.

It can be downright stressful to choose the right music at the right moment — and stress is anything but convenient.

With its call signs and commercial breaks, surely FM radio is not the way. And yet, the medium refuses to die: Since 2002, the percentage of Americans who tune in to the radio at least once a week has gone down a whopping 2 percent. We’re looking here just at AM/FM broadcast radio; these stats don’t even include satellite purveyors like Sirius XM.

It’s a direct symptom of the lack of desire to make decisions. Music subscription services haven’t gotten around the imposition of having to choose yet, but certainly not for lack of trying.

This week, the Internet’s abuzz about Beats Music, a new player in the admittedly saturated market. The fresh claim: to have vanquished the problem of not knowing what to play next.

With Beats, you tell the app heaps of information as regards your taste up front, starting with genres and leading into specific beloved artists. From there, the service offers a stream generated by a mix of stated personal preferences, precise algorithmic mathematics, and expert curation.

Getting even more context specific: there’s the feature boldly dubbed The Sentence. Fill in a mini-Mad Libs as to where you are, what you’re feeling, who you’re with, and a genre of choice (i.e. “I’m On A Boat & Feel Like Punching Walls With Robots To Oldies”).

Beats gets it right in that the perfect music for the moment is a combination of taste and context. It’s intriguing, and I definitely want to hear that robotic wall-punching playlist.

Whether or not they manage to bust into the current scene is a question of marketing. They’ll undoubtedly miss the long-term mark, though, because you still have to think about it. The huge quantity of passive listeners out there will prefer to stick with their KSLX 94.5.

Spotify is contemplating its next steps towards a totally zen music experience.

Donovan Sung, Spotify’s product manager for discovery and recommendations, anticipates using the expanding capability of your device’s sensors to interact with the external world to provide you with an optimized stream of tunes.

“Maybe with motion sensors in phones, we can start guessing things whether users are running, biking or driving? Maybe the phone has a temperature sensor, or a heart rate sensor, we could guess whether the user is tense…”

Playlists could be auto-generated depending on what you’re up to — for example, pumping house beats that match pace to your hill sprints, ethereal energy for late-night work sessions, and gauzy lullabies for when you’re winding down for bed. All this without any user interaction at all.

The Echo Nest is already working on this.

Although the name might be unfamiliar, you already know their work. The data they collect from crawling upwards of 30 million songs around the web powers the recommendation and playlist generation engines of customers like, oh, MTV, Island Def Jam, BBC, MOG, Warner Music Group, eMusic, Spotify, Rdio, Clear Channel, VEVO, Nokia, and Thumbplay.

Echo Nest’s Director of Developer Platforms Paul Lamere writes in his blog about the conceptualization of the Zero Button Music Player, the use of which would require virtually no UI.

Players could use already existing user data, like the basic demographics stored in social media, to avoid a “cold-start” (like linking Grandma up with Gwar by chance, although one never knows). As more and more of our external context is detectable — temperature, location, user activity, time-of-day, etc — our music players will be designed to match it precisely and on-the-go.

Serious music enthusiasts will still be able to queue up their exact taste according to whim, of course. But the scores of passive listeners out there will simply find themselves magically listening to just the right song in every single moment of the day. Lamere asks:

It’s a question that goes straight to the heart of our wild rampage towards Smart Everything. Just how much convenience do we want, here? Is relinquishing the power of autonomous decision to a theoretically superior algorithm really the goal?

Another question I have: If the perfect music for each and every moment automatically plays in the background, can we really be said to be “listening” to it at all?

Janel Torkington is a professional m-gamer/sassy futurist with a lexical fixation. She cares deeply about wine and words. She currently sleeps in a hammock in Barcelona. This piece was originally featured on Medium and reposted with permission.