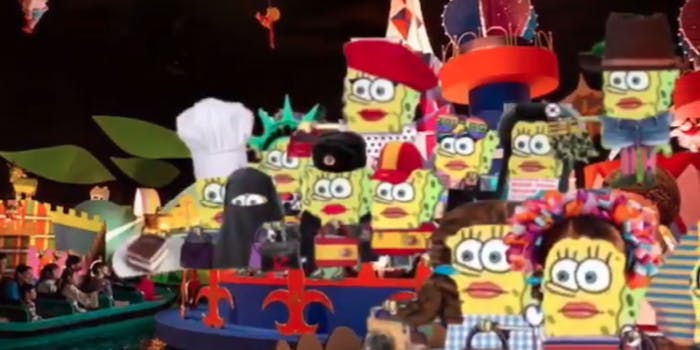 SpongeBob is traveling all over the world in this new meme

It’s been a while, but now that Game of Thrones has ended, SpongeBob SquarePants has returned to Twitter to reclaim his place as king of all memes.

The newest SpongeBob meme shows Mr. SquarePants traveling the globe and arriving at exotic destinations dressed in traditional (or more accurately cliche) versions the local garb. To add to the effect some people add stereotypical music from each culture, giving the whole thing a “clueless American tourist” vibe.

Soon other people began creating their own versions.

A lot of people used the opportunity to mock cultural appropriation.

how y’all act after taking one sociology class https://t.co/sDBcoouz9V

But don’t worry. Game of Thrones memes aren’t dead just yet. One of the funniest versions of the meme shows Ayra Stark discovering what’s “west of Westeros”.

arya stark when she arrives west of westeros and discovers america pic.twitter.com/lqhxSrnWiT

And, of course, it wasn’t long before things started getting weird.

My head after seeing all the spongebob memes pic.twitter.com/cGOohaM6h3

Turns out it’s a SpongeBob world after all.