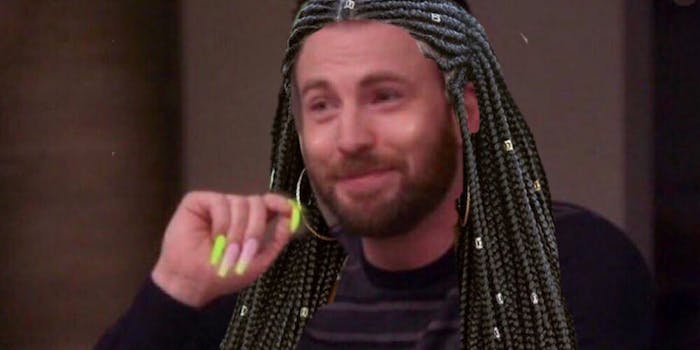 It all started when Chris Evans said he didn't know what 'Black Twitter' was.

The meme of Chris Evans with long nails has always existed, but it officially went viral when Evans said he didn’t know what “Black Twitter” was.

This spawned a string of other Avengers to be reimagined by Black Twitter with memes. Chadwick Boseman was photoshopped with purple locs and fierce lavender acrylics.

Tom Holland got some box braids and Hot Cheetos, while Tom Hiddleston got his own pair of gold hoops and acrylics.

No word on if Evans has been made aware of the meme yet, but it’s safe to assume that he will be aware of Black Twitter’s presence after this.