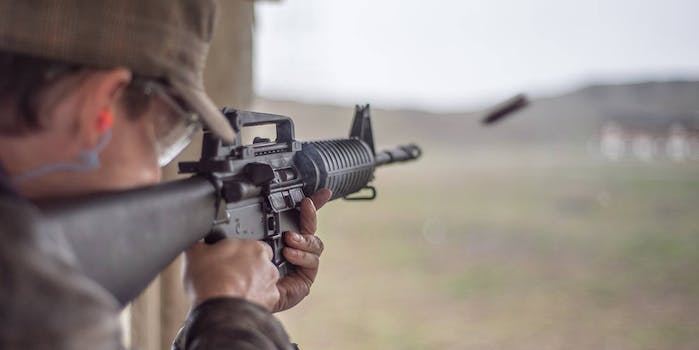 Dude explains why movies get the speed of sound wrong

You know movies embellish things, but did you know they use their own laws of physics?

If you’ve ever watched a sniper fire a rifle in a movie, you’ve probably seen a completely fictional version of physics.

As YouTuber Lindybeige explains, movies don’t faithfully depict the speed of sound. For example, when it comes the order of events in a scene with a sniper firing—the sound of the rifle firing at point A, the flash as the bullet leaves the rifle, the whooshing sound of the bullet passing by the target at point B, and the sight of the bullet passing by the target—editors jumble reality onscreen to create a sequence that’s easier for our brains to process.

In most movies, you see and hear a sniper fire his weapon, then you hear the bullet whoosh past his target, and then you see it smash into the ground. In reality, most firearms are supersonic weapons, meaning that their bullets move faster than the speed of sound.

You would see a sniper’s bullet arrive before hearing its arrival. In fact, you’d see and hear all of that before you’d even hear the bullet being fired.

And here’s where things get weird, in a way that would throw people off if it were depicted realistically in movies: If a sniper fires a bullet at you from 800 yards away, you’ll hear it a full 2.13 seconds after he fires—a relatively huge delay after it has either hit or missed you.

Imagine what movies would be like if they depicted projectile physics accurately.