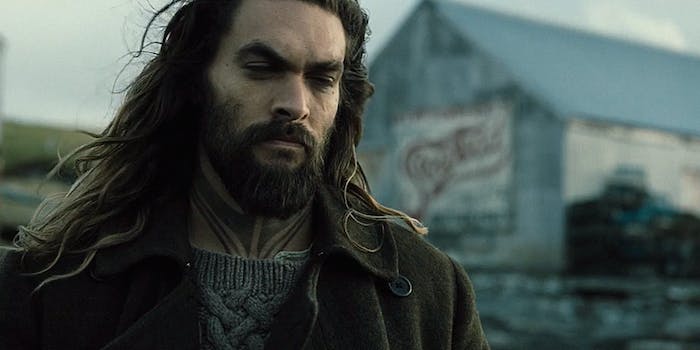 The Snyder Cut is low-key a great sweater movie

The sweaters are brief but memorable.

Zack Snyder’s Justice League—the four-hour cut of Justice League that’s the culmination of both Snyder’s original vision and a years-long fervent (and sometimes toxic) fan campaign—is a lot of movie. It’s overloaded with exposition and slow-mo shots, it both does justice to some of its characters—Victor Stone (Ray Fisher) has an actual character arc!—while also making some questionable decisions with others like why is Barry Allen (Ezra Miller) randomly a creep? We also get Henry Cavill’s Superman in a new costume and a head-scratcher of an epilogue scene.

Given that I haven’t seen the theatrical cut and went into the Snyder Cut with only a bit of pop culture osmosis about the cobbled version of the movie that Warner Bros. released in 2017, I found it fascinating if exhausting; at times, I was even having fun. But it also gave me something I wasn’t quite expecting: The Snyder Cut is low-key a great sweater movie. No, really.

Warning: This article contains minor spoilers for the Snyder Cut.

Granted, like almost every other superhero movie, the civilian outfits of the world’s greatest heroes aren’t necessarily a film’s biggest focus. We tend to be more interested in what Diana (Gal Gadot) wears as Wonder Woman, not what she wears to work as Diana Prince. For Superman, it’s more about his post-resurrection black costume, not the flannels he wears in a poignant scene after being reunited with Lois Lane. Batman’s (Ben Affleck) threads show his wealth off much more than Bruce Wayne’s suits or perfectly practical wear.

But in the case of Jason Momoa’s Arthur Curry, his civilian clothes are just as great as his more Atlantean garb as Aquaman. Specifically, I want to talk about the cable-knit sweaters he wears at the beginning and end of the film.

For anyone who’s seen the theatrical cut of Justice League, the first sweater—a brown cable-knit with a shawl color—should be familiar. Arthur is wearing it when Bruce Wayne descends upon a remote Icelandic village in search of Aquaman. While Bruce is willing to offer a lot of money for information on Aquaman, the villagers (many of whom are wearing lopapeysas) aren’t all too receptive to Bruce’s bribe and Arthur isn’t interested in Bruce’s pitch at all.

“‘Strong man is strongest alone,’” Arthur says. “You ever heard that?”

We mostly see the sweater in the seconds before Arthur prepares to head into the water in a shot close enough to briefly see the various types of braids and twists that make up the sweater before it comes off.

While this isn’t the first time we’ve seen the brown cable-knit, that doesn’t appear to be the case for the other cable-knit sweater Arthur wears in the Snyder Cut. The second sweater won’t come until the start of the Snyder Cut’s epilogue, which arrives more than three hours after the first sweater’s appearance to tease a number of movies and sequels, most of which might not happen. As a voice recording left by Silas Stone (Joe Morton) to his son plays, Arthur says goodbye to Mera (Amber Heard) and Vulko (Willem Dafoe) in Iceland.

He tells them that he has to go see his father, a brief scene that helps to set up Arthur’s arrival at his father’s home in Aquaman. This time around, Arthur’s sweater, which looks like it’s an even lighter brown (or possibly a light gray) with a ribbed collar, is visible as Arthur loads a trap onto the back of a truck. Arthur hops onto the truck himself and opens up his flask before the truck drives away.

This sweater also only gets the briefest of glimpses. But if you want a closer look, Momoa shared a photo of himself with Snyder while wearing that sweater in 2016 as they filmed Justice League in Northern Iceland. We now know that Momoa wasn’t just wearing what looked to be a very cozy outfit; he was actually in costume.

The sweaters are both practical, worn by a character in a country with frequently cold weather, and appear in scenarios that are tangential to the cable-knit sweater’s historical roots. Logistically, it makes more sense than Arthur wearing a thin tank top in Iceland as he walks out toward a dangerous pier, chugs a bottle of hard liquor, and takes the shirt off in slow-motion as the waves crash down around him—a scene that seems to exist mostly for the vibes.

But Arthur’s cable-knits also help define his vibe. He’s not gonna give any character any more than he thinks they deserve even if the sweaters make him look warm or inviting, and you bet he’s going to be as comfortable as possible while doing it.