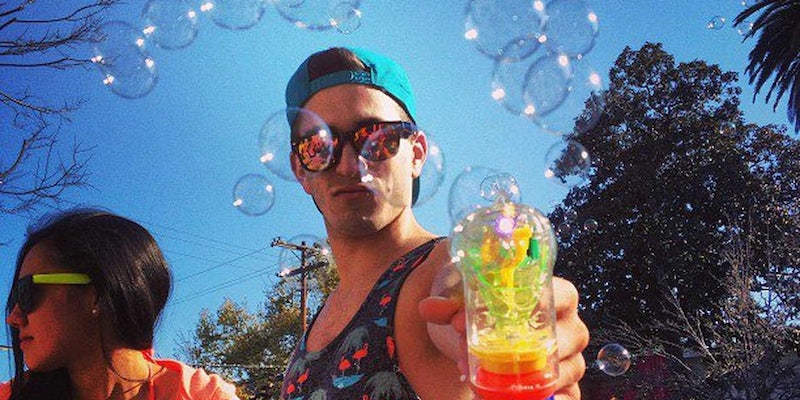 Since January 2013 and up until recently, Matthew Hanson has been the media point of contact for Snapchat. There’s only one problem: He doesn’t actually work for the company.

During the Fall 2012 semester, Hanson, a senior majoring in Public Relations, was enrolled in “Strategic Writing for Public Relations” at University of Southern California.  For the course’s final project, the 21-year-old was required to create an online newsroom for a company or product of his choosing. He picked Snapchat, the popular mobile app that lets users share videos and photos that are deleted within seconds of being viewed.

On December 2012, Hanson published his final assignment on a WordPress blog. The site featured “Ghostface Chillah,” Snapchat’s mascot, prominently on the background. It also contained a “Facts and Questions” section, the biographies of founders Evan Spiegel and Bobby Murphy, and a page with contact information for media inquiries. The email address provided was a fake. The telephone number wasn’t. It belonged to Hanson.

“I never thought that anyone would find the site,” Hanson told the Daily Dot. ” I guess I didn’t think it would show up on a Google.”

Not only did Hanson’s class assignment—and his real cell phone number—appear in a cursory search, but it was constantly being ranked in the top three results. In fact, according to him, it actually beat out the startup’s barebones page for a period of time

Soon thereafter, he began to be bombarded with calls about Snapchat. The first was from a Los Angeles-based agency that represented app designers and was interested in signing him on as a client. He also got contacted by media outlets like Fox News. In fact, our first communication with Hanson stemmed from us trying to get a comment on the app’s controversial new “best friends” feature.

“Those weren’t the weirdest ones, though” he recounted. “I started getting calls from actual Snapchat users complaining about the app, or from people who wanted to know how to save a picture.”

“I don’t know what I was thinking publishing my real number on the Internet.”

Moments after we first spoke on Friday, Hanson finally removed his telephone number from the site and published a disclaimer noting that his WordPress site was in no way, shape, or form actually associated with the company.

As per his grade on the project, the USC senior says he got a B. Clearly Hanson’s professor wasn’t as impressed—and confused—as the rest of us were.