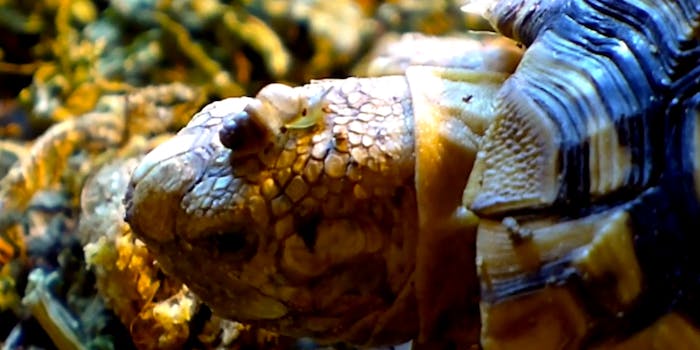 The hare option was already full.

Tortoises aren’t particularly known for their speed, but one’s turned into another creature’s personal chauffeur.

They’re not exactly the most exciting pets. Unlike dogs or cats, tortoises probably won’t move much or acknowledge you all that often. They’ll eat, sleep, and sometimes they’ll move at a slow pace. But when mushmouth26 went to check on Cheeto, a Leopard Tortoise, it turned into the unordinary.

What this owner probably didn’t expect to see was that she made a new friend.

The commute must be really slow for this snail if it’s catching a ride on a tortoise.