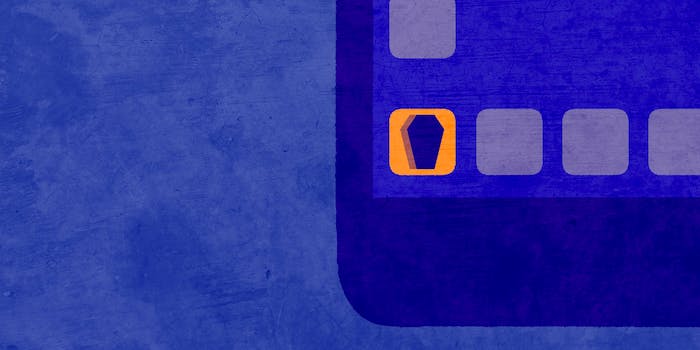 Turns out the Wi-Fi sucks in heaven, too.

While you no doubt harbor you own beliefs on the afterlife, there’s one thing that’s for certain: The Internet has taken over our lives so completely that it’ll probably still burrow itself into everything we do once we’re buried six-feet under. Twitter account @SmartCoffin makes that clear.

SmartCoffin just launched in April, but it’s already done quite the job parodying the the online addiction we’re doomed to—even beyond the grave. Mostly the shtick is that this casket is sadly similar to your smartphone, riddled with issues like Wi-Fi connectivity and annoying updates, which puts a comically grim spin on your final resting place.

The account pokes fun at some of the worst things about the Internet that apparently still haunt us even in death. And nothing sounds more technologically frightening than being possessed by the mailer daemon.

Possessed by a mailer daemon..send help

It’s obviously satire, but honestly, we wouldn’t put it past engineers of the to build an actual “smart coffin” that tracks the decay of your loved ones or streams a claustrophobic “live” feed. But until we hit that point, we’ll just sit back and scroll through SmartCoffin’s gallows humor.

And while SmartCoffin might face some connectivity problems with all those layers of grass and soil blocking its signal, it cleverly connects with anyone struck by their simultaneous dependency on—and frustration with—all things Internet.

Most importantly, looks like there is SnapChat in the afterlife.

Check out the rest of SmartCoffin’s deadly tweets here.