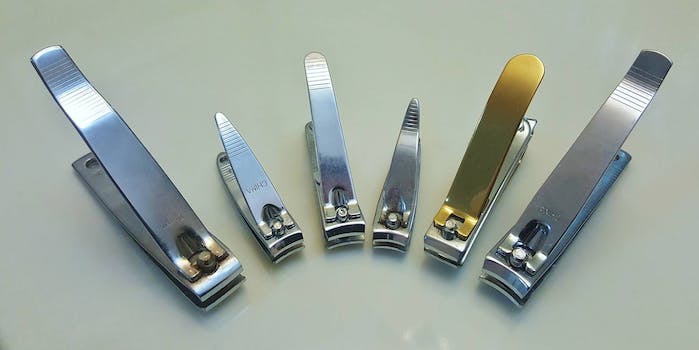 Lesbians are cracking up over Skype’s accidental finger-banging tweet

Someone tell them what those fingernail clippers are really for.

How do lesbians have sex, anyway?

It’s a classic cliché that straight people have no clue as to what goes on in lesbian bedrooms (or bisexual ones, for that matter). But when it comes to girls getting it on, the mechanics often involve fingers—and those babies had better have freshly clipped, short nails.

Guess nobody told Skype that. On Wednesday, the company tweeted a screengrab of a chat on its platform that we really don’t think was about wearing flip-flops.

The screengrab appears to depict two women getting ready for a long-distance rendezvous of some sort—and unless it involved an on-camera manicure lesson, we’re pretty sure it involved vaginal contact. An Imgur user noticed the gaffe and posted a shot of the tweet with the sly caption “Should we tell them?” The pic was viewed over 27,000 times in a day.

On Reddit’s r/LGBT board, where the post was 90 percent upvoted in its first day, queer women and friends cracked up over the seemingly oblivious Skype tweet. Comments ranged from the pitying—”no sense puncturing their innocent little bubble”— to theories on whether Skype’s social media team might actually be in on the joke.

After all, it is Pride month. That’s when companies ramp up their marketing to LGBT communities. But as far as Skype’s inside joke about finger-banging, it’s unclear whether the company knows exactly how many couples are using its video chat service for kinky connections.