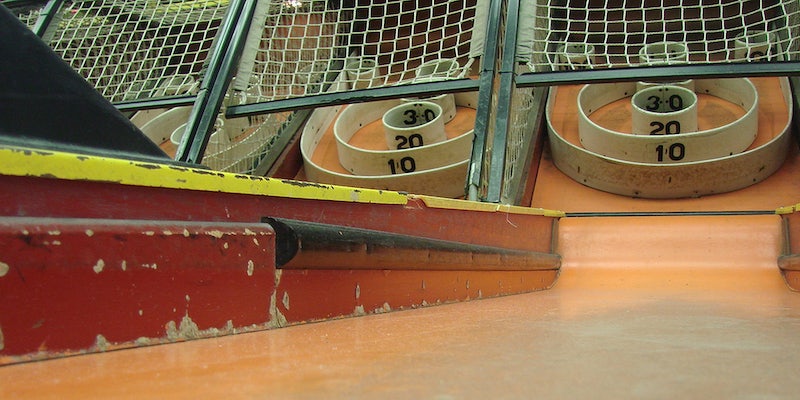 This kid’s Chuck E. Cheese rampage ruined skee-ball for everyone

Fun for the whole family!

You can always count on WorldStarHipHop to bring you all the WTF videos that YouTube just can’t handle, and their latest viral hit is no exception.

In it, a tiny, unsupervised child runs amok in the skee-ball section of a Chuck E. Cheese’s, with baffled observers unable to quell his rampage.

The amused cameraman’s attitude quickly morphs from “get a load of this kid cheating at an arcade game” to “where are this kid’s parents” to “I can’t believe security hasn’t hauled this kid away yet” as the boy stomps through other people’s skee-ball alleys, twice spits on a woman who tries to put him back on the floor, then bashes and screams at an arcade display.

Eventually, a Chuck E. Cheese employee does herd him off of the lanes, but he circles back to his territory again, spitting on another stranger who tries to intervene, screeching and threatening to throw a skee ball at whomever comes close. In the end, it takes two security guards to remove him.

A sad case of neglect, you would have to assume, but you can’t argue with those high scores.