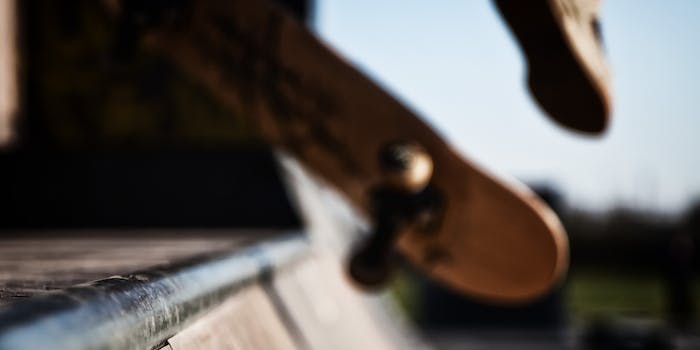 On the off chance you’re feeling the slightest sense of personal accomplishment today, allow us to present you with this video of a 9-year-old girl landing a skateboard trick that most of us have attempted only in video games.

Sabre Norris of New South Wales, Australia, was determined to live up to her awesome name by mastering the 540º aerial she’d studied in videos of pro skater Lyn-Z Adams Hawkins. It took her 75 tries, but the thrill of victory is priceless.

Norris’s next goal? Do 100 more of these by Saturday. What can you say—the kid is driven. We wouldn’t be too surprised if she started camping out on that halfpipe.