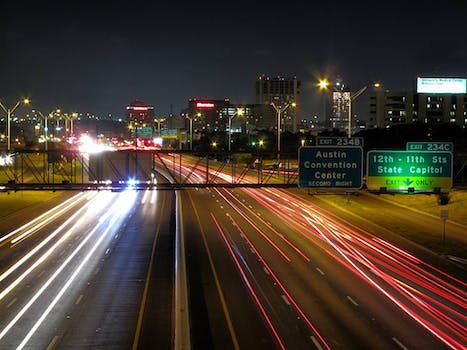 Austin can still lead the way in the future of ride-hailing.

I voted against Prop 1, the proposition in Austin supported by ride-hailing services Uber and Lyft to ban fingerprint background checks, but I lack that glowing feeling that usually accompanies a “victory” on Election Day. We took a successful stand against the dangerous precedent of a direct corporatocracy, but the fallout means some Austinites are out of work, others have lost a valuable service that they have come to rely on, and the issue that brought us here remains unresolved.

The scorched-Earth tactics of Uber’s very annoying, record-breaking, multi-million dollar and brazenly misleading campaign made some people happy to bid them adieu. But for local leaders dealing with angry  constituents, the failure of Prop 1 adds a tremendous amount of pressure to come up with a solution as quickly as governmentally possible. The silver lining is that we now have an opportunity to innovate and reform how the ground transportation industry is regulated. The sooner that is accomplished, the sooner Uber and Lyft can return, or at least the sooner an alternative can get to scale.This comes during what Mayor Steve Adler has dubbed the “Year of Mobility,” and while Austin is a finalist to receive a sizeable federal grant for innovative mobility solutions, including ironically, driverless cars. Whether we win the Smart Cities Challenge or not, we already have the resources and political will to do great things that other cities can emulate.

I expected the two companies to follow through on their threats to shut down their apps, but I am disappointed that their first call to action was for angry customers to contact council members and referenced “actions by City Council,” as if the election they asked for hadn’t just taken place. Still, the invitation has been extended to Uber and Lyft to come back to the table to finish hammering out a promising deal that was sidelined once Prop 1 was sent to a vote, though, I suspect the council has the will to do it without them.

The failure of Prop 1 adds a tremendous amount of pressure to come up with a solution as quickly as governmentally possible.

How did we get here in the first place? In 2014, I worked with stakeholders to try and bring local taxi companies on board with the plan to regulate transportation network companies (TNCs) as an opportunity for traditional taxis to innovate and get from under the current antiquated system. I was unsuccessful, but I still supported the passing of the temporary ordinance to legalize TNCs. In November 2014, Austin elected its first city council with geographic representation after, get this, a successful grassroots ballot proposition. It was also Austin’s most diverse council with seven women and four people of color. When this brand new council came in they inherited the arduous tasks of reviewing the temporary ordinance and attempting to level the playing field between TNCs and other ride-for-hire services. That process led to the addition of fingerprint-based background checks and eventually an incentive-based voluntary program to encourage drivers to get fingerprinted, dubbed “Thumbs Up!”

The idea was to address the concerns of both public safety advocates and TNCs whose business model necessitates a quick and painless on-boarding process by partnering with a third party to create a one-stop shop to conduct prospective drivers’ background checks including fingerprints. This is a viable way forward. If drivers are independent contractors, then they should chose who they work for as a driver-for-hire. When companies are forced to fairly compete for drivers, we will see more competition, and innovation. And if Uber can add a special tab for “Kitchen’s Uber,” that targeted Council Member Ann Kitchen for ridicule by hailing a horse and buggy, they can add one to request “fingerprinted” drivers.

Our cities must remain the petri dish in which we incubate new ideas.

This could be a model for how we resolve any future impasse between regulators and innovators in the emerging “gig economy” where workers rely on flexibility and platforms demand a low barrier to entry. To work, it will require collaboration and transparency over secrecy in order for governments to fulfill their responsibility to citizens for basic consumer protections and accessibility.

Not to get too far ahead, but we also have some potential to address second-tier issues brought forth in this campaign that weren’t part of the ballot initiative, like labor practices and the transfer of corporate liability, which lie just below the surface of the public safety talking points. Companies shouldn’t be asked to bend their business model to the breaking point. And now that we are no longer locked in an either/or choice, we are free to develop creative solutions that allow us to have and keep nice things.

Some Texas legislators are already licking their chops to reverse the will of Austin voters and implement a rigid statewide law, but the best chance to preserve local control may be to just come up with something that works. If states are to be the laboratories of democracy, then our cities must remain the petri dish in which we incubate new ideas.

Joe Deshotel has served as Communications Director for the Travis County Democratic Party since 2012. Prior to joining TCDP, he managed two successful citywide ballot propositions and worked as political director for Mayor Lee Leffingwell’s successful re-election campaign. Joe’s passions lie at the intersection of urban transportation, technology, and renewable energy. Follow him on Twitter @joethepleb.