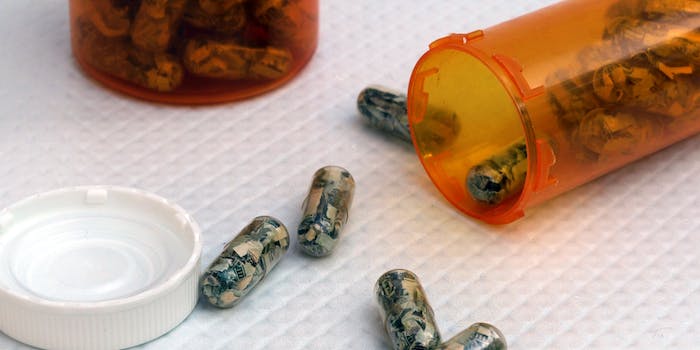 Six months after the FBI shut down the black market known as Silk Road and arrested its alleged mastermind, Ross Ulbricht, it looks like the Deep Web has officially recovered.

There are more drugs for sale today on the Silk Road than there were in October 2013, according to a new study by the Digital Citizens Alliance, an Internet commerce watchdog.

“What we see on Silk Road today is more drugs, increasing vendors, and an even greater commitment by this community to keeping their ‘movement’ alive,” Digital Citizens’ Senior Fellow Garth Bruen said in a statement.

The study counted 13,648 listings for drugs available on Silk Road 2.0, the successor the original anonymous marketplace. That beat out the 13,000 that were listed shortly before the FBI arrested Ulbricht and shut down Silk Road last year.

At the time of Ulbricht’s arrest, Deep Web black markets had just over 18,000 listings. Today, that number has more than doubled, to some 41,000 listings.

Virtually everything you could buy on the original Silk Road remains available for the same price on the new Silk Road and its Deep Web competitors.

Agora, another anonymous black market that has been establishing itself as a top player, listed about 7,400 drugs for sale. Scores of competing markets with increasingly advanced technology have attracted thousands of buyers and sellers to do business on the Deep Web.

The apparent boom of illegal drug sales on the Deep Web is happening despite multiple multi-million dollar scams on Deep Web black markets—including major attacks on Silk Road 2.0 itself. The researchers laud Silk Road 2.0’s attempts to turn “a crisis to an opportunity” by repaying customers whose money was stolen.

“Where other Darknet Marketplaces failed or were proven scams, Silk Road 2.0 operators have vowed to repay all those who lost money in the hack,” Bruen explained. “Of course, there is always the possibility they are trying to run a longer form con, but at the moment, they turned an event that could have killed their business into a potential positive.”

The next step in the evolution of the Deep Web black market appears to be DarkMarket, a decentralized marketplace whose developers call it the “next generation of uncensored trade” and a “safe untouchable marketplace for planet earth” that is beyond the reach of police.

Although DarkMarket and its derivatives are not yet operational, they are a clear sign that world of uncensored trade is growing and evolving fast.

Photo via klynslis/Flickr (CC BY 2.0)