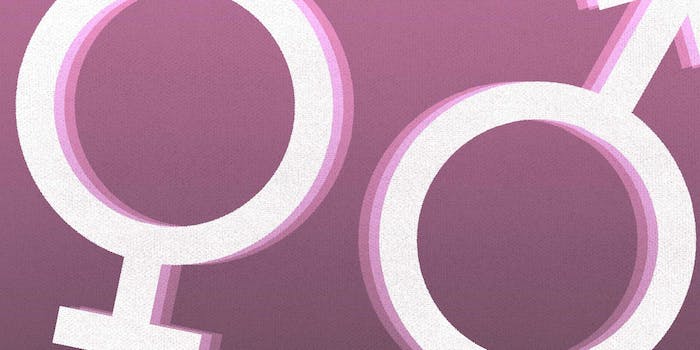 In the past week, thousands of women who have had abortions have stepped up to say they are not ashamed.

Created by Lindy West, Amelia Bonow, and Kimberly Morrison, the #ShoutYourAbortion hashtag exploded on Twitter over the weekend in response to the U.S. House of Representatives’ vote to cut funding for the nation’s largest women’s health care services provider, Planned Parenthood. The purpose of the hashtag was to create a space where women could combat stigma, share their experiences, and reflect on how the fight for safe, legal abortions involves them personally. By shouting their abortions, women can speak up and say that we are not alone.

I've never wanted to have children, so I had an abortion. I'm thriving, without guilt, without shame, without apologies. #ShoutYourAbortion

To say choosing to have an abortion was the hardest decision I've made would be to lie. It was easy. Tears but no regrets #ShoutYourAbortion

The #ShoutYourAbortion campaign is most notable for shifting a public understanding of a procedure long characterized as undesirable, tragic and traumatic. Those who support a woman’s right to choose have long felt compelled to insist they are not “pro-abortion,” describing the decision to have an abortion “difficult.” Instead of describing abortion as a “necessary evil” and deserved of serious stigma, there are those of us that view it as a simple medical procedure.

Before this hashtag went viral, I wrote about why I have no regrets about my abortion. For me, it wasn’t painful or life-ruining. It was one of the best decisions I ever made.

Instead of describing abortion as a “necessary evil” and deserved of serious stigma, there are those of us that view it as a simple medical procedure.

And according to the statistics, a lot of women agree with me. An estimated 1.2 million unintended pregnancies end in abortion, and 95 percent of those who have elected to do so describe our choice as being the right one. Assuming it’s not the same guy knocking all of us up, that statistic implies that millions of men’s lives have been personally impacted by abortion. This leads me to wonder: What role do these and other men have in the abortion debate?

Some might say it’s better they have no role at all, given the unproductive ways we’re used to men engaging in feminist politics. Historically, men discussing women’s reproductive issues has been for the purposes of denying us our rights, rather than fighting for them. After former U.S. representative Todd Akin’s “legitimate rape” comments went viral, it demonstrated that many men—especially conservative politicians—remain ignorant about basic female anatomy.

The fact that women are excluded from that debate about reproductive health (aka conversations about our very bodies) has inspired Tumblrs like All Male Panels and Academic Men Explain Things to Me. These accounts point out that men too often shut down conversations on women’s rights rather than meaningfully contribute to them. As the hashtag #NotAllMen has demonstrated, even well-meaning guys—who feel like they’re helping—can get it wrong, and thus, I understand why some feminists might rather men sit this one out.

If the purpose of the #ShoutYourAbortion hashtag is for women to reclaim the conversation about abortion, why invite men to participate and potentially hijack or disrupt an effective campaign? Because allies are essential. Allyship, according to the Anti-Oppression Network, “is not an identity—it is a lifelong process of building relationships based on trust, consistency, and accountability with marginalized individuals and/or groups of people.”

For me, it wasn’t painful or life-ruining. It was one of the best decisions I ever made.

Being an ally means getting involved in a movement for change not out of guilt or obligation—and certainly not for attention—but because you understand that it’s the right thing to do. While women who’ve had abortions are unapologetic and refuse to remain silent, here is an opportunity for men who have been involved in a terminated pregnancy to take responsibility for their role. Being an ally means hold oneself and others who benefit from privilege accountable.

In a private conversation, a male coworker admitted that a woman’s decision to terminate a pregnancy can feel, to some men, like “dodging a bullet.” If he was speaking from first-person experience, he didn’t make this clear—and I didn’t ask. I imagine there’s stigma for men as well. That stigma—though arguably less powerful—ought to be explored. I imagine there are stories from men actively engaged in the decision-making process of whether or not to carry a child to term, as well as men who breathed a sigh of relief.

For instance, here’s a tweet from a husband whose wife who terminated an early pregnancy and postponed the start of their family.

My wife and I had an abortion when she was in college. 15 years later we're still together w/ 2 beautiful sons #NoRegret #ShoutYourAbortion

Instead of potentially decentralizing women’s voices by co-opting #ShoutYourAbortion, why don’t men create hashtags of their own? Certainly, men have benefited from women’s access to safe, legal abortions, and it’s time to “shout” about it. Allow me to suggest a hashtag: #RightChoiceForUs. A hashtag like #RightChoiceForUs implies the decision was one made together—or at least that it’s one that the other partner recognizes was for the best.

Having an abortion wasn’t just right for me. it was also the right choice for the man who got me pregnant—and I’d say there’s a lot to be gained from hearing how a woman’s right to a safe, legal abortion affected him. It was the right choice for every guy I’ve dated since, who have appreciated the partnership of a woman living a self-determined life. And certainly, my having an abortion was the right decision for my current partner, and we discuss the idea of having children someday. The fact that we don’t have one now is because I had an abortion.

Though he may not appreciate it, he has Planned Parenthood to thank for that.