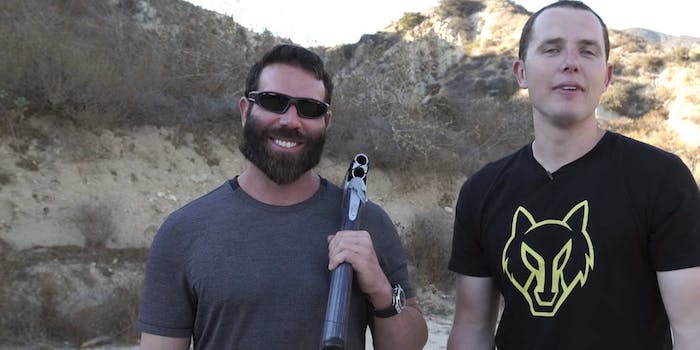 Time's up for these knockoff watches.

What mischief is born of this collaboration? Well, it involves some fake Rolexes, Hublots, and Breitlings. And an arsenal of high-powered firearms.

That’ll show those rappers! Though the shift to giant sundial hats was probably inevitable regardless.