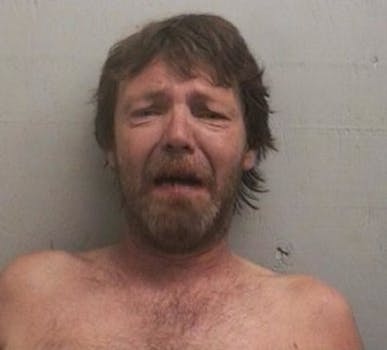 Shirtless Man is just as insane as Florida Man, but topless

Just when you thought "Florida Man" was the star of the craziest news headlines, along comes "Shirtless Man."

If you thought Florida Man was responsible for the world’s most insane news headlines, wait until you meet Shirtless Man.

Shirtless Man pounces on the trend of half-nude people doing ridiculous things and winding up in the news. It’s similar to Florida Man and Drunk Humans, in that it takes real news headlines containing the phrase “shirtless man” and shares them with the world.

The account started Tuesday, and within its first five tweets, Shirtless Man bit police officers, invaded a home brandishing a samurai sword and a cat, and damaged “a large riverboat.”

The beauty, as with Florida Man, is in assuming that these deeds were carried out by one incredibly unstable person. It’s the topless yin to the panhandle’s yang, if you will.

Shirtless Man only has 6,000 followers to Florida Man’s 80,000, but which account’s headlines are more absurd is still up for debate. 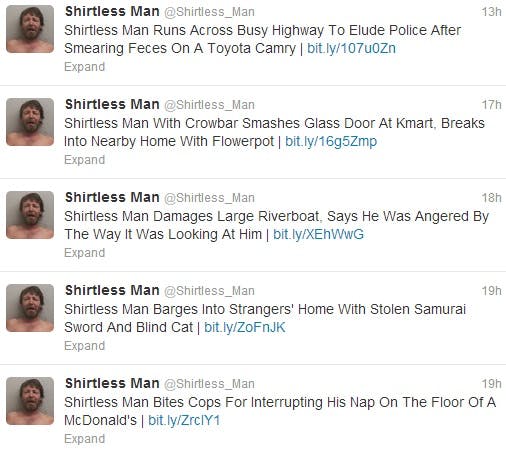 If ever a drunk semi-naked Florida resident does something dumb, the Internet might implode. Or it might just be a regular Tuesday.