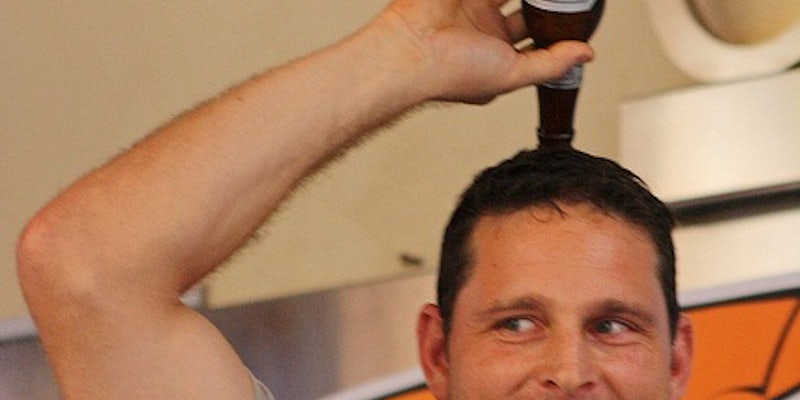 @DrunkHumans stumbles and slurs its way to Internet gold

In the style of Florida Man, @drunkhumans curates news stories from around the globe about a superhero named Drunk Man who has sex with ambulances and smashes windows.

Drunk people, beware: Your inebriated deeds may soon appear on a Twitter account that’s on the hunt for ridiculous under-the-influence actions.

In the style of Florida Man and John Cusack News, @drunkhumans curates news stories from around the globe.

The tweets typically begin with the phrase “drunk man,” “drunk woman,” or in one case, “naked drunk woman.” They also include links to the relevant articles, so you know whoever’s behind the account isn’t just making this stuff up.

The feed has seven tweets thus far after cropping up Wednesday evening. So far, we’ve been treated to headlines like these: 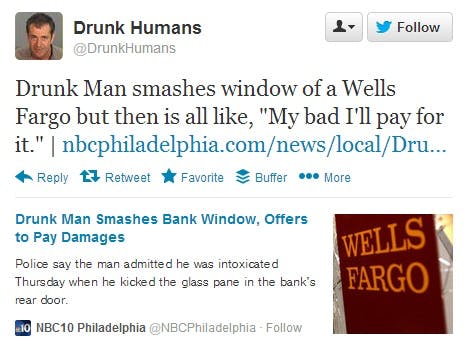 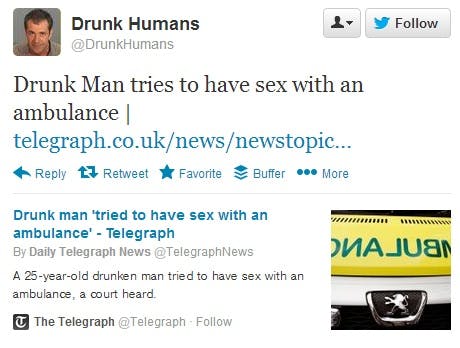 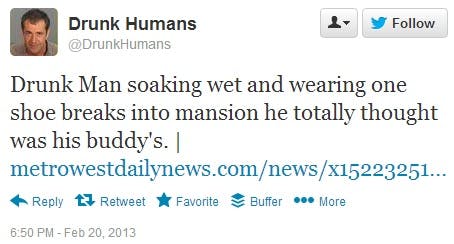 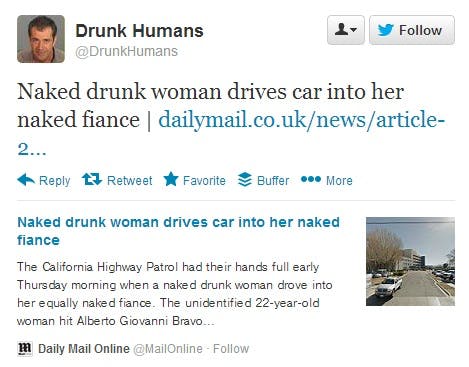 As with Florida Man and John Cusack News, it’s way more amusing to imagine that one person named Drunk Man is behind every story.

If I may, a few suggestions for other Florida Man–style novelty Twitter accounts: