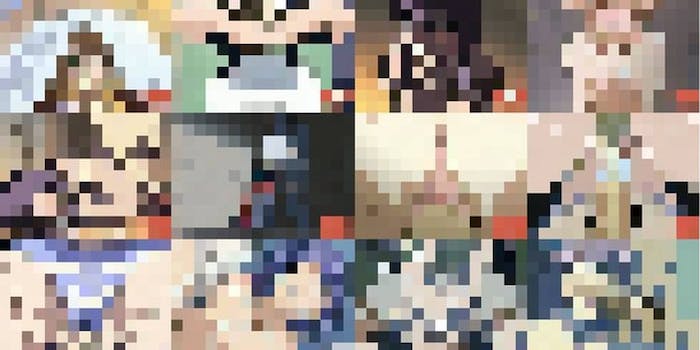 Tea Party challenger Sharron Angle recently sent out an email newsletter to her supporters, encouraging them to read up on her incumbent opponent, Rep. Joe Heck, by visiting his website at joeheck.com. I am here to tell you: Do not visit Joe Heck dot com. Unless you’re seeking explicit toon videos, in which case you should visit it right away, because it redirects to cartoonsex.com.

“The Angle campaign has been spreading misinformation to voters and unfortunately this is only the latest, ridiculous, dirty trick,” Heck campaign manager Brian Baluta said Thursday.

Angle’s campaign retorted that it’s not so ridiculous when Heck has used multiple campaign website URLs, none of which was joeheck.com.

It seems Heck’s failure to secure the .com domain that bears his name has been biting him in the ass for years. JoeHeck.com has previously redirected to an anti-Heck website and to BernieSanders.com.

It’s not clear when the URL started pointing to cartoonsex.com. According to domain records, the current owner is one John Rashad of St. Paul, Minnesota, who doesn’t have any immediately apparent connection to the Nevada race.

Shame, its just a clickbait link, isnt even a good site. Shame on you. Least link us to Tsumino or something..