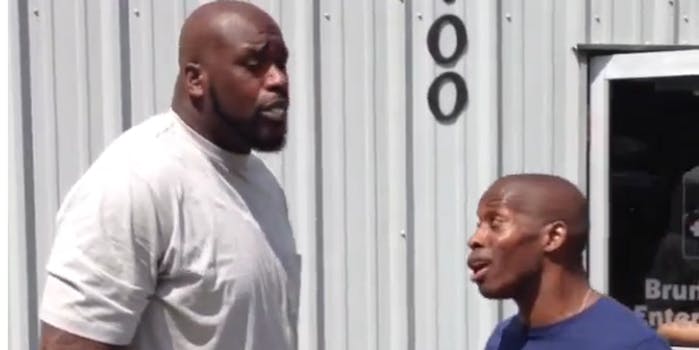 O'Neal expressed his disbelief in Cyrus's twerking at a Juicy J concert back in June. Wondering how long he held that in.

It’s been a week since America reached twerking’s tipping point, which occurred about the time Morgan Freeman had to read the definition of “twerk” on a morning talk show. But people still can’t stop talking about Miley Cyrus’s VMA performance. Here’s Shaquille O’Neal’s magical non-verbal response, from his Instagram account:

Shaq does have pretty good taste in dance. He was the one who put a spotlight on Mobile, Alabama’s Prancing Elites, who specialize in a form of dance called J-sette, which, like twerking, originated in the South. He expressed his disbelief in Cyrus’s twerking at a Juicy J concert back in June. Wondering how long he held that in.