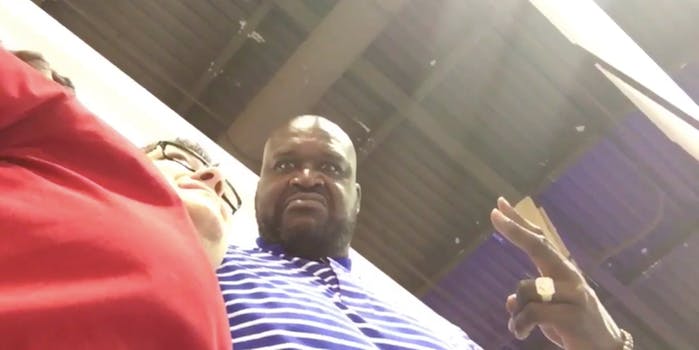 Nothing gets past him.

Shaq may no longer be a star basketball player, but honestly, he’s living his best life and goofing off like a pro now that he’s practically a socialite.

Exhibit A: Domenick Nati was lucky enough to meet the former NBA center at a photo opportunity. No cell phone photography was allowed, but Nati thought he was being sneaky recording from his pocket while posing with Shaq. The athlete noticed and took it all in good humor.

Shaq could’ve made a big stink about it and asked Nati to delete whatever was on his phone, but this response is much better. And while Nati might not have noticed that Shaq knew what was going on in the moment, he’s really taken advantage of the situation. Check out his new Twitter avatar: 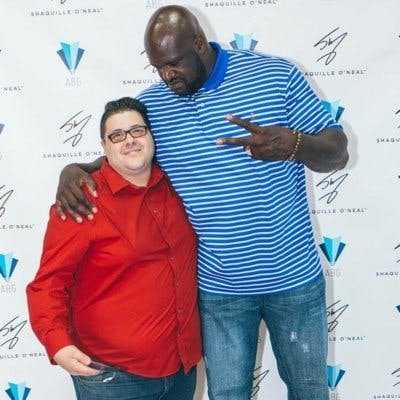 Shaq has had quite the week on the internet. He had the chance to meet American gem Grumpy Cat, who, for the record, does not look impressed while being cradled in the arms of this iconic athlete.