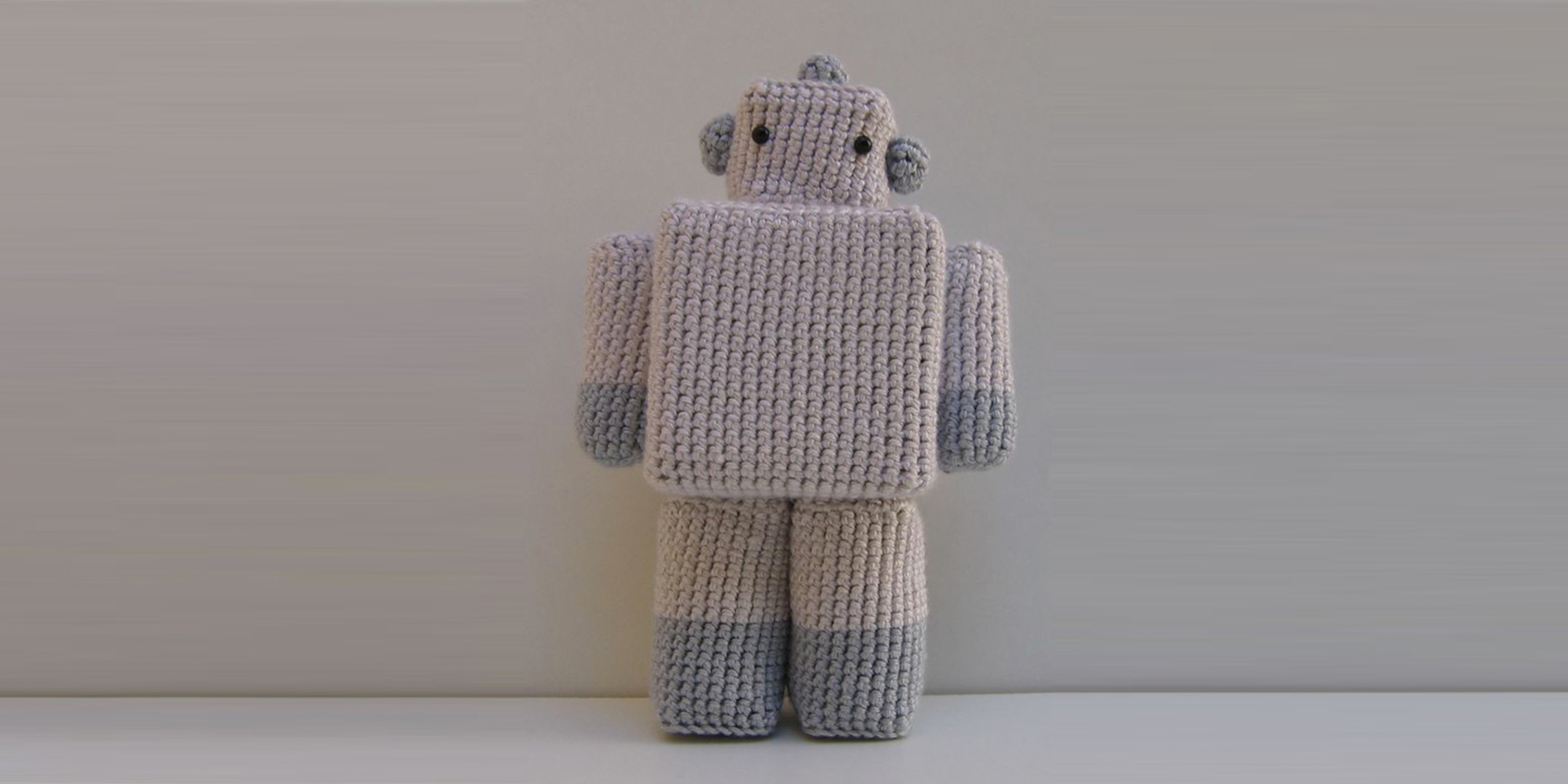 Photo via Christelle/Flickr (CC BY 2.0) | Remix by Max Fleishman

The sexy and seductive lady-bots of Tinder, ranked

The competition is fierce out there.

Trying to meet someone you really connect with on Tinder is not unlike throwing a message in a bottle into an ocean entirely made out of messages in bottles. As a man, you are stacking your own mediocrity against thousands of other middling men, essentially begging another human being to see past your redundant personality and all that desperate vamping for an opportunity to text. It’s a bizarre social contract but a necessary one, considering the completely fucked sexual politics of this lonely planet.

I’ve been trying to master Tinder for the past few months, and slowly but surely I’ve learned about the deceptive power of the Tinder bots. As on every other social media platform, robots are lurking around every corner, hoping to swipe credit card numbers for the scammers who made them.

The formula is simple: Invent a name, steal a few photos from a random Instagram model, and exploit those vulnerable moments of false hope right after a dude gets a match. And while bots are generally very dumb or obvious, but they can also be sly in a way I appreciate. So here are my rankings of all the flavors of Tinder bots, from worst to best. 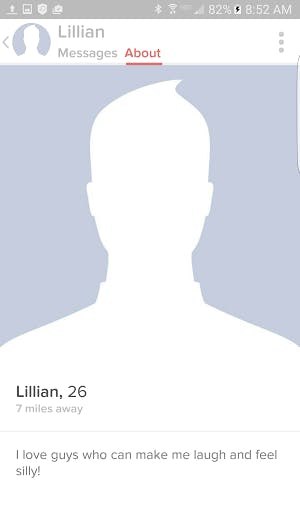 Also known as “the broken bot.” Something went wrong with Lillian. Yeah, the whole “no age, no school” thing isn’t a great sign, but even the least-woke bachelors on the planet know well enough not to swipe right on the anonymous Facebook default photo. 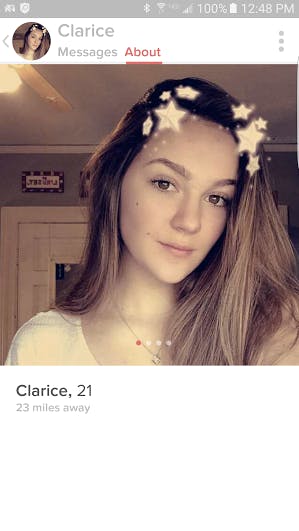 This is your average bot. No profile, no school or work history, some pictures borrowed from another, realer profile—and a name that just seems just slightly off. If you’re still swiping right on Clarice, you’re either 18 years old or have a lot more to learn about the Internet. 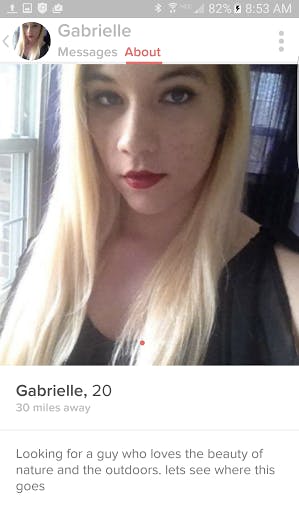 Gabrielle seems pretty decent, right? A fairly normal name, normal pictures. The bio is a little suspiciously generic, but whatever, that’s not a red flag—is it? Go for it! Swipe right!

And then, a bit later, you come across someone nearly identical and realize that one way or another, you’ve been totally duped. 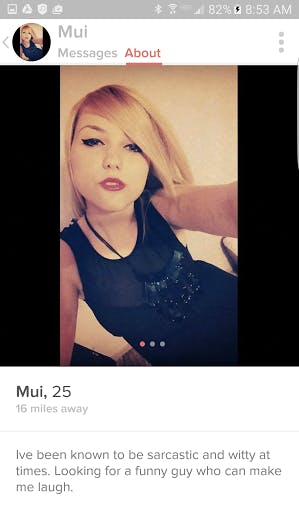 Smarten up, kids. The machines are getting better at this.

And now, ladies and gentlemen, the bot that actually fooled me. I’m not proud. 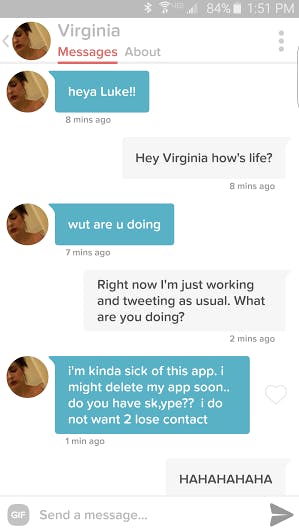 Give it up to the degenerate phishers on the Internet: They’ve actually developed a bot that can say your name. If you can get over the fact that you’re going to be extra-paranoid every time you use Tinder from now on, it’s actually pretty impressive.