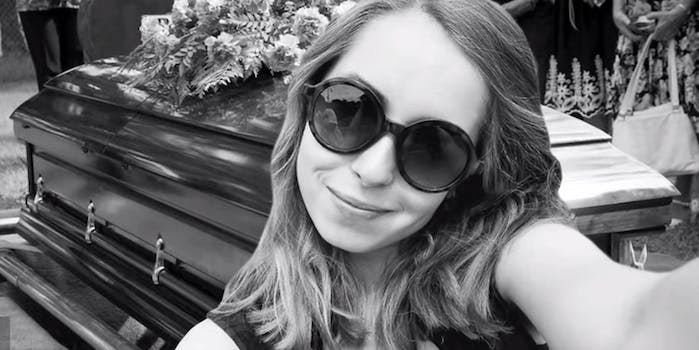 Selfies get the ‘In Memoriam’ it deserves at the Webby Awards

Is the selfie dead? The Webby Awards seem to think so.

At the 18th annual Webby Awards ceremony last night, the selfie hit the next level of self-realization. Just days after earning a spot in Merriam-Webster’s dictionary, it suffered a quiet death. As much people have complained about selfies, most people weren’t even aware that it died until it received its own “In Memoriam” segment.

Usually, the award show tradition is reserved for performers and creators. This time, we mourn #FuneralSelfies and #DisasterSelfies—and who can forget the selfie President Obama took at Nelson Mandela’s funeral?

We probably won’t miss the advertising ploys, that’s for sure. Or the sitcom that doesn’t look all that good.