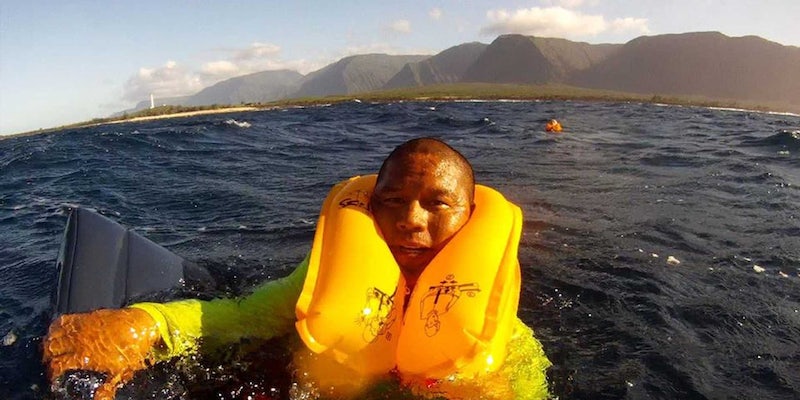 The most amazing selfie of 2014 has an incredible backstory

Go home, mirror selfies. You can't compete with this.

As you can imagine, the selfie seen ’round the world comes with an incredible backstory. It‘s a man named Ferdinand Puentes, floating in open water, the tail of a downed airplane behind him.

The crash actually happened way back in December—and Puentes first posted the GoPro photo (and others) to his Facebook page on December 31. 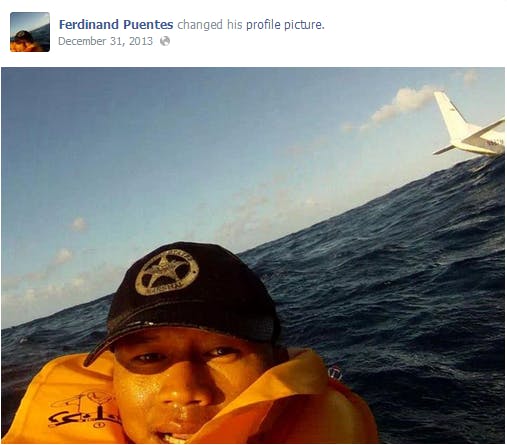 If you are the cynical type, like myself, then you saw this “epic selfie” and were a bit very skeptical. A viral stunt to get media attention? A marketing ploy from GoPro? Maybe even a Photoshop job and well-placed links on Puentes’s part?

Well I’m happy to admit this does not appear to be a viral hoax in the slightest. A small article about the crash was written on December 31, and Puentes spoke to local station KHON 2 about the crash and how he’s recovering from his resulting fear of flying.

The images and video he was able to capture are a terrifying first-hand account of the disaster. And of course, a survival selfie is the ultimate selfie. Puentes is setting a high bar for 2014.