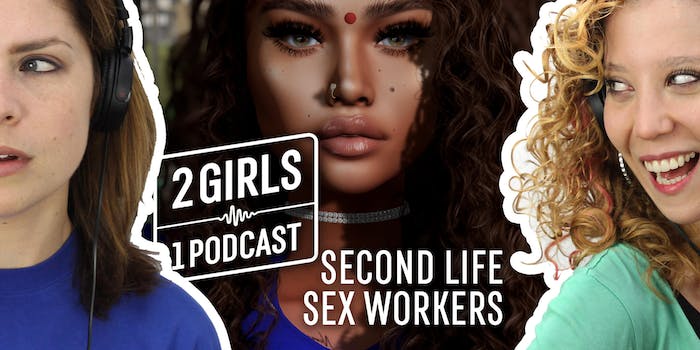 Inside sex working at Second Life’s most expensive club

Cybersex is as old as the internet itself. But as virtual spaces become more sophisticated, so too has sex work.

Second Life is more of a “technology playground” than a video game—a place where your digital skills can be traded for real money. Many players make a healthy living by providing custom goods or services, including sex work.

This week on 2 GIRLS 1 PODCAST, Alli and Jen speak with Meela Vanderbuilt, the creator and owner of The Monarchy, the most expensive brothel in Second Life.

She’s also joined by Reyna, the club’s general staff manager. Together, they explain the culture of Second Life, which began way back in 2003. They also talk about why Meela’s brown-skinned avatar was rejected by other clubs, the inspiration for starting her own, and how sex work…works in a virtual world.

Special thanks to Quintin Smith for help with this episode. His outstanding video about The Monarchy and Meela’s story inspired this episode.