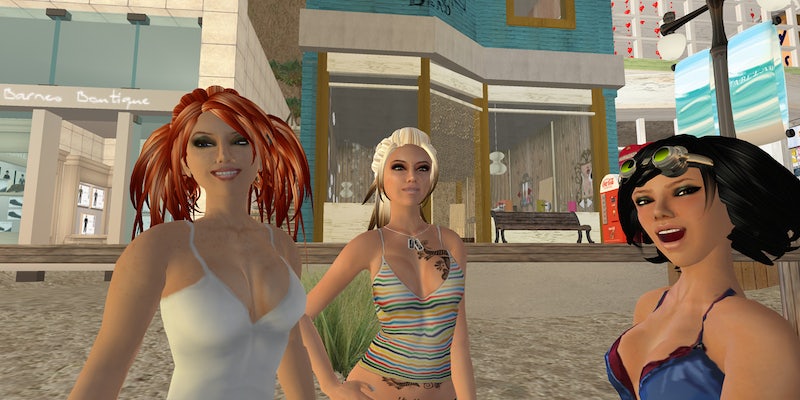 Is your Second Life far from over?

“Did I miss something? Second Life is still around and it makes $100M a year?” asked one Twitter user who tweeted the Launch article. A Twitter search for the article elicits responses of interrobangs and surprise.

Since its founding in 2003, Second Life has been plagued by bad press about the corrupt, debauched atmosphere this virtual escape provides to some users. Writer Tateru Nino, in her ten-part history of Second Life, suggests that this isn’t an accurate portrayal of most Second Life users:

“During this a number of groups created a variety of offensive builds, and attempted to publicize them to media as being creations of (and signs of the intractable decadence of) prototypical Second Life users,” she writes.

Nonetheless, Time, Newsweek, The New York Times, Wired and more big name publications took the time in 2006 or ‘07 to cover the virtual hub, always focusing on its degenerate lures of get-rich-quick schemes and kinky sex. Wired’s report in particular describes how the Second Life environment, rife with griefers, did not lend itself very well to good press:

“Last winter, CNET’s in-world correspondent was conducting a live interview with Anshe Chung, an avatar said to have earned more than $1 million on virtual real estate deals, when Chung was assaulted by flying penises in a griefer attack.”

Flying penises? Typical users or not, it’s no wonder press coverage slowed so dramatically. But even without the press, Second Life continued to quietly grow.

“There have been moderate increases in user signups. What makes us users optimistic is the fact there’s also been an increase in user retention,” said Opensource Obscure, a Second Life user since 2006.

Obscure says he thinks the virtual hub experienced so much new growth in 2011 because this is when Linden Lab hired a new CEO, Rob Humble.

He said the changes include enhanced first-time user experience as well as a Second Life ”native, integrated social network.”

A social network, while not the height of innovation, seems to be attracting new users again. How many of these new users continue to stick around though, is a question for next year.