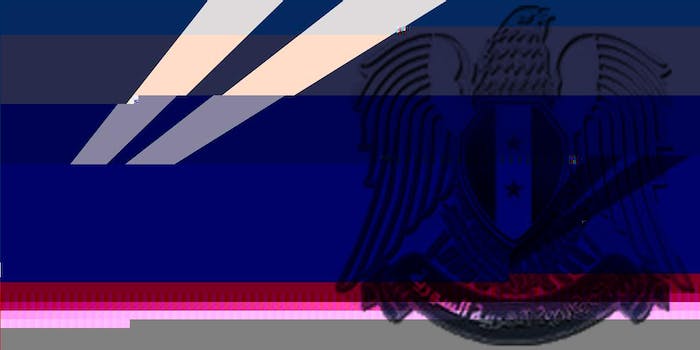 The SEA reportedly gained access to over 200 social media accounts belonging to Fox TV via HootSuite.

The SEA has posted pro-Assad messages to Twitter accounts belonging to FX Australia and Fox TV United Kingdom. FX Australia admitted it had been hacked.

The SEA is notorious for defacing high-profile media accounts, such as those belonging to the New York Times, NPR and the Associated Press, not to mention the Daily Dot.

The hackers have had success in gaining apparent access to media sites in part by hacking peripheral third-parties such as domain name registries and messaging tools like Tango and Viber. These sites seem to be easier to get into and deliver the ability to deface the sites, which appears to be the SEA’s prime motive.

The SEA’s activities have recently garnered them a place on the FBI’s wanted list.

CORRECTION: The hacked accounts belonged to Fox TV, but not specifically to Fox News.