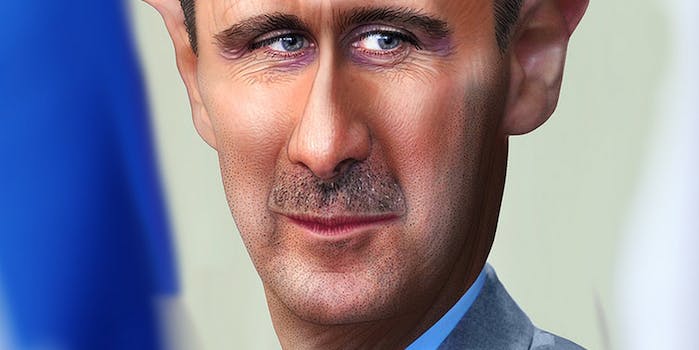 The high-profile pro-Assad hackers known as the Syrian Electronic Army have committed another noteworthy hack.

The high-profile pro-Assad hackers known as the Syrian Electronic Army have committed another noteworthy hack. They claim to have broken into the Tango messaging app and stolen 1.5 terabytes of information.

Tango has over 120 million users globally, hovers near the top 10 most downloaded Android apps, and has recently launched a content platform. One of the company’s founders, Uri Raz, is Israeli.

On their official website, the SEA released this message.

More than 1,5 TB of the daily-backups of the servers network has been downloaded successfully.

They also posted a screenshot of the server network backup folder, backup folder size, and this one of the app log.

“Tango did experience a cyberintrusion that resulted in a brief, unauthorized access to some data on Friday,” Tango cofounder and chief technology officer Eric Setton told the Daily Dot. “Increased security protocols are now in place. We apologize for any inconvenience this may have caused our members.”

As to the purpose of this “brief intrusion,” the Syrian Electronic Army offers this: “Much of the information in the databases that were downloaded will be delivered to the Syrian government.”

That government appears to be making back some ground lost to the rebel forces in the country’s two-year civil war, but it taxes the imagination to picture how such a beleaguered group in the middle of fighting a war for their own survival might benefit from receiving information on a bunch of folks trying to make lunch plans or send each other low-quality videos of children being adorable.

Does the SEA believe the country’s rebels are “Tangoing” each other? We asked, but we’ve received no response by publishing time.