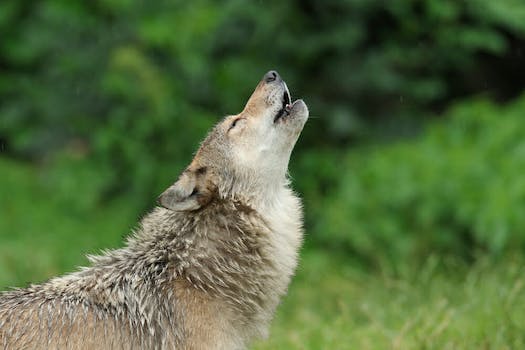 Turn your sound on for these memes.

It seems like every user puts their own spin on the meme’s wording, but they all express some variation of, “You guys are scared to moan during sex? I’m in my girl’s ear like…”  followed by a short video of some animal or human making a hilarious noise.

Y’all afraid to moan during sex?? I be in their ear like pic.twitter.com/k6etzLXNBL

Y'all mfs really scared to moan? I'm all in my girls ear like pic.twitter.com/pC98000pIM

Users also posted variations that took clips from popular songs that could be interpreted sexually, such as singer Clare Tory’s wailing in Pink Floyd’s “The Great Gig in the Sky.” And because this is the internet, no meme is complete until somebody brings K-pop into it. Oh, and SpongeBob, of course.

dudes be out here be too scared to moan during sex…whole time I be in my girl’s ear like pic.twitter.com/C6NYQE0D25

Dudes really be scared to moan… while I’m in the girl’s ear like pic.twitter.com/Pdzl3Tdk6S

While several people the Daily Dot spoke with claimed to be the meme’s originator, the earliest example can be traced back to Twitter user Brad Jordan, @504carsonst, on December 19. Jordan said he personally hadn’t seen the meme anywhere before he posted it. For him, though, it’s only the latest in a series of popular posts he’s had on the platform. For instance, his version of the “you vs. the guy she told you not to worry about” back in May racked up 230,000 likes.

“I’ve had several [memes] blow up so at this point. I just mute them immediately lol. It feels good to know people enjoy the content,” Jordan told the Daily Dot.

Dudes be too scared to moan during sex, whole time I’m in my girl ear like https://t.co/SQwpo29scK

niggas scared to moan.. i be in my girl ear like pic.twitter.com/GbO22IYbro

While not exactly the same, the “scared to moan” meme could have its roots in similar posts that span back to July. The most popular example has 5,000 retweets, but uses a longer set-up: “Her: I love when guys aren’t scared to moan. Me:”

Her: I love when guys aren’t scared to moan

With our culture’s history of toxic masculinity disparaging anything related to women, it’s no wonder guys don’t want to voice their own pleasure. Maybe now with so many owning the sounds they make during sex—both the sensual and the awkward alike—dudes can go into the new year ready to let their freak flag fly.