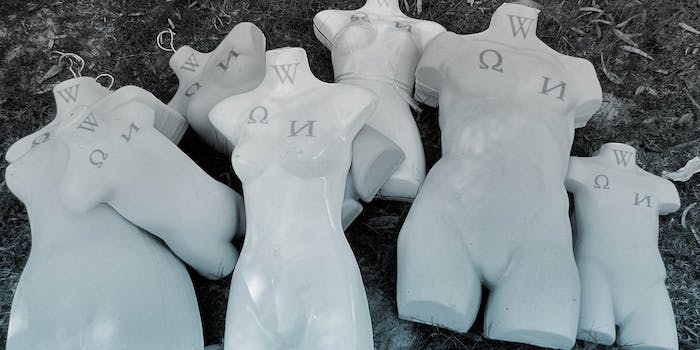 A high-profile Wikimedia Foundation staffer has lost her job over recent allegations that she was editing Wikipedia, the world’s largest online encyclopedia, on behalf of paying clients.

In a statement released Wednesday night, the Foundation announced that Sarah Stierch, Wikimedia’s program evaluation community coordinator, would no longer work for Wikimedia.

The accusations began with an anonymous blog post published Sunday accusing Stierch of taking cash for edits. It included screengrabs from a freelance job posting board where Stierch offered her services as a “long time Wikipedian, curator, researcher and outreach coordinator.” A record of past projects on that page showed that she was paid $300 last month to create a “Wikipedia Page for an individual.” Another ongoing project listed on her page showed Stierch commanding $44.44 an hour for editorial work on the site.

These paid assignments were first brought to light by a user known as Russavia on Wikimedia Commons, a repository of the network’s digital media, where he is a persistent critic of the Wikimedia Foundation and Wikipedia cofounder Jimmy Wales. Russavia is permanently banned from Wikipedia over anti-Polish sentiments he’s expressed on the site. On the Commons, Russavia is known as a “porn extremist” for his near-absolutist tolerance of any and all types of images on the Commons, including highly explicit and pornographic content. After he and Wales clashed on the issue, Russavia commissioned a portrait of Wales painted by an artist using his penis as a brush.

Russavia has a colorful history to say the least. But his claims have been validated by the Foundation’s decision to end Stierch’s employment. The decision, however, was not immediate. For several days, a cantankerous dialogue took place regarding the accusations. Wales himself personally fielded comments, condemning the act of paid editing while avoiding specifics about Stierch’s actions.

Stierch has not responded to the Daily Dot‘s request for comment. She has been an active editor on the site since 2006. During her time with the Wikimedia Foundation, Stierch notably worked to encourage broader editorial participation, particularly from underrepresented female editors.

Paid editing is one of the most pressing ethical dilemmas facing the Wikipedia community, which prides itself on ethical rigor. To maintain impartiality, Wikipedians are “strongly discouraged” from editing content “when advancing outside interests is more important to an editor than advancing the aims of Wikipedia.” These interests include personal or business relationships. The Foundation “very strongly discourages” paid advocacy, which it considers an “especially egregious form of advocacy.”

But it’s been a hard standard to enforce. As the sixth largest website in the world and a regular topper of Google searches, Wikipedia is a hot piece of Internet property. Outside groups are willing to shell out cash for a presence on the site and creative marketing gurus have come up with imaginative methods of skirting the rules.

Perhaps that’s why, in the past, several prominent Wikipedians have been implicated in paid editing scandals. In 2012, a trustee for Wikimedia U.K. relinquished his position after it was revealed that he had essentially sold his influence to get the British overseas territory of Gibraltar featured on the front page. Last year, a Washington PR firm was alleged to own a string of puppet Wikipedia accounts to edit entries on behalf of clients. That activity paled in comparison to the work of Wiki-PR, a marketing firm that owned an army of hundreds of sockpuppet accounts that edited the site on behalf of clients. In November, after banning all accounts associated with Wiki-PR, the Foundation sent a cease-and-desist letter to the firm, threatening legal action if it didn’t stop editing the encyclopedia.

In fact, paid editing has become so common that many longtime Wikipedians are beginning to question the blanket ban. Kozminski University Professor Dariusz Jemielniak, a long time Wikipedian, argued in the Daily Dot last month that simply requiring transparency on the part of paid advocates could help solve the problem.

“Just ignoring this phenomenon will not make it go away,” Jemielniak wrote. “We already know that the traditional procedures and methods, so effective against regular trolls and vandals, are much less useful against trained professionals.”