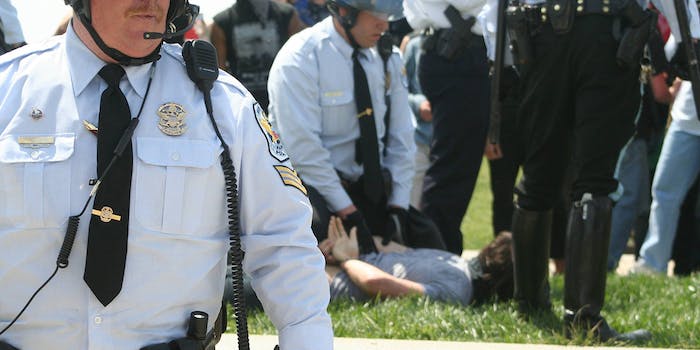 He admits he had the drugs, but says the officers found them somewhere else.

A San Diego man has filed a civil lawsuit against two police officers he says beat and sexually assaulted him.

Kenneth Simmons, who says he hid cocaine rocks in his rectum, was arrested by San Diego Police Department officers Kyle Williams and Carlos Robles on May 17, 2014. He was later charged with possession of controlled substance, resisting an officer, and use of a deadly weapon. But in a lawsuit Simmons claims the officer perjured themselves in court to obtain a conviction.

The police report states that Simmons attempted to flee by bicycle when the two officers approached him about not wearing a safety light. He refused to stop even after they yelled “police,” the report says. Officer Williams subsequently got out of his vehicle and brought Simmons to the ground.

While searching Simmons, the officers discovered two knives. According to their report, he reached for one of them.

Part of the arrest was captured on a cellphone video by Simmons’ girlfriend, Denise Phillips. The officers are heard yelling “stop resisting” while struggling with Simmons, whose pants appear to be down below his rear end.

“His pants were already down here,” Phillips told San Diego’s ABC affiliate. “His underwear were already in a deep wedgie. One of the officers had his gloves on and he already had his hand like near his crack area, so to me it was already happening.” 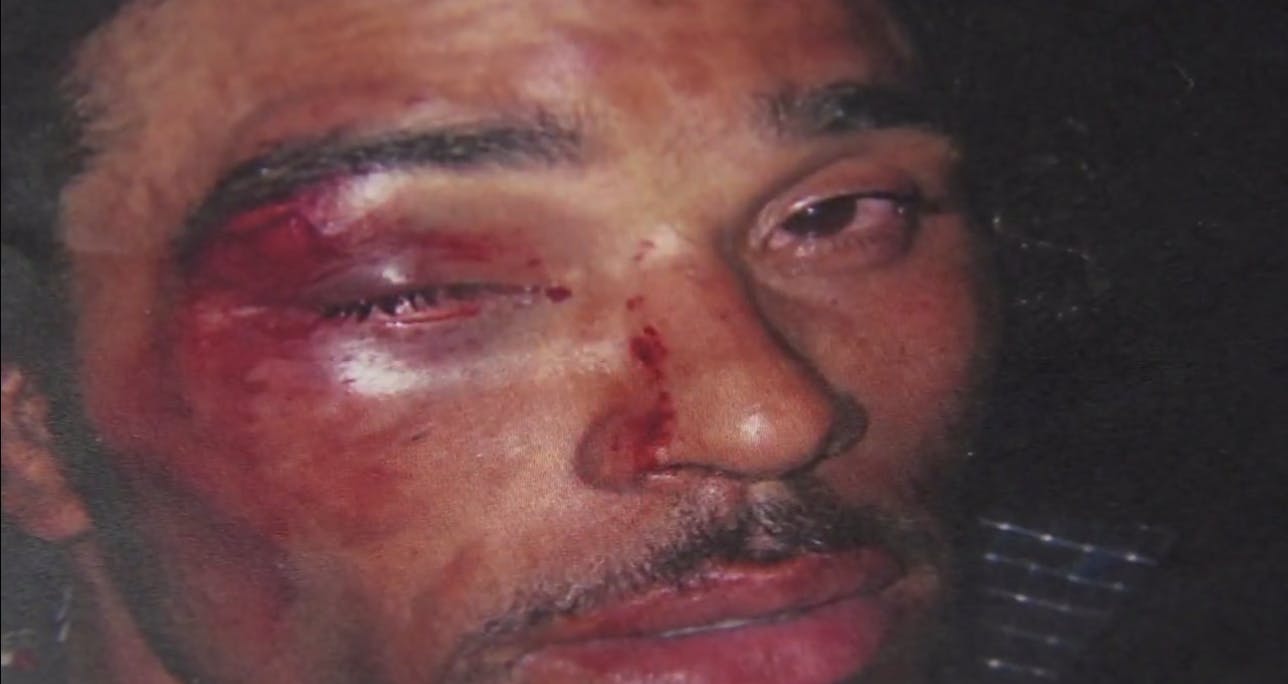 At one point, Officer Robles is heard saying, “I think he shoved it in his ass.” The officers later testified that a bag of cocaine rocks was discovered in Simmons’ right front pocket.

Simmons admits in his lawsuit that the drugs were in his possession, but he claims that the officers only found them after subjecting him to “multiple and unlawful cavity searches,” which the officers later omitted while providing “false testimony” in court.

“This body camera video, when played in its entirety, shows an individual resisting police officers and taking measures to discard the rock cocaine he was carrying. The officers’ actions prevented him from escaping, from destroying the evidence, and from using one of the two knives he had in his possession. Keep in mind the context of the situation. This person failed to stop when lawfully ordered by a police officer. He resisted arrest when he was caught. He had two knives and rock cocaine in his possession. There are parts of this video that are not pleasant to watch but the video clearly shows no cavity search was conducted and there was no sexual assault. If this case proceeds, all of the facts and all of the evidence, including the full video, will be presented in court.”